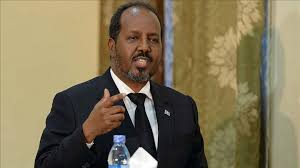 Former President Hassan Sheikh Mohamud has demanded the Federal Government to explain to the public under the pretexts the maritime case with Kenya has been postponed for the third time running, noting the public was not provided with insights into the matter.

Ex-President Mohamud, the chair of UPD party has said that the Federal Government has not been frank on the maritime spat with Kenya adding it was not enough to cite objection to delays.

“Four years ago, since my government left office, the issue of the maritime hearing case has been delayed for three times but our government always tells us that it is opposed to further delays,” the former president said.

Mohamud’s remarks follow the ruling by the ICJ to further postpone the oral hearings for the third time after Kenya successfully claimed it was not possible owing to the current COVID-19 pandemic.

“In light of the exceptional circumstances related to the COVID-19 pandemic, it (the Court) has decided to postpone the oral proceedings to the week beginning on Monday 15 March 2021,” a communication from the Court dated May 19, 2020 read in part.

Mohamud has however called on the government to make public its stance. “The Court can only postpone the case with the consent of the two countries. If the Somali government rejected the postponing of the case, why not share the evidence with the public,” the former head of state charged. 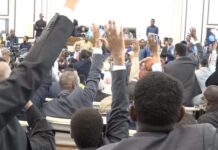 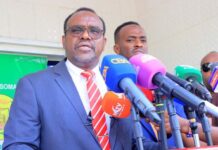 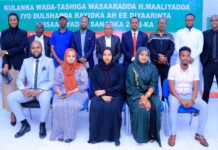