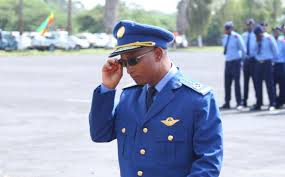 Six days after the assassination of Ethiopia’s army chief, the prime minister has appointed the country’s spy chief as the late general’s successor.

Gen. Adem Mohammed is the new army chief, announced Prime minister Abiy Ahmed’s office Friday. He replaces the general who was killed on June 22 at his residence in the capital by his bodyguard. A retired general was also killed by the bodyguard.

Earlier that day in the northern Amhara region, the regional governor and two other officials were killed in an attack on their offices.

Following those attacks, there has been high security in the capital and the Amhara region amid a wave of arrests. The internet was shut down and only partially reopened on Friday.

A total of 255 people have been detained both in the Amhara region and Addis Ababa following the attempted coup, said the prime minister’s spokeswoman on Friday.

“The Brigadier General who orchestrated the attack, Asamnew Tsige, was killed while he was trying to flee,” press secretary Billene Seyoum said, adding the attacks were designed to gain a shortcut to power. “They were focused on undermining the reforms of the current administration,” she said.

Since the assassinations, Ethiopian security forces have arrested several members and leaders of the National Amhara Movement, a party official told The Associated Press.

“This is unacceptable and against democratic principles. This has to stop,” said Melkamu Shumye, a party leader.

Government officials are describing last week’s killings as the works of a rogue security official and his associates. Some Ethiopians worry that the subsequent mass arrests indicate that the incident is being used by the government to silence dissent, mainly in the Amhara region.