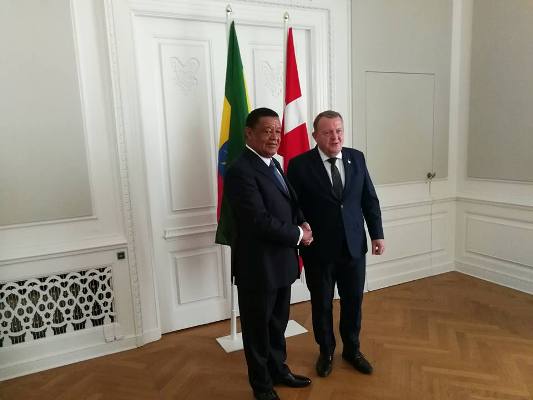 He thanked the Danish government for the supports it has been providing for Ethiopia’s poverty reduction, climate change, agriculture and other development programs.

The President urged the Prime Minister to encourage investors from his country to invest in Ethiopia to enhance and consolidate the investment and trade ties between the two nations.

According to the President, the two countries have been contributing their shares in the efforts to address climate change, which is a global threat.

Ethiopia will continue contributing its share, the President added.

Danish Prime Minister Lars Løkke Rasmussen said his country will do a lot to strengthen its relations with Ethiopia.

He said a high level Danish government officials will visit Ethiopia soon to boost the relations between the two countries.

The Prime Minister further said it is the interest of his government to see more Danish investors in Ethiopia.