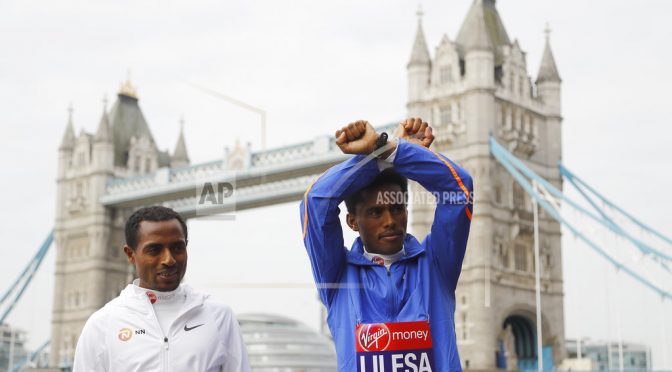 ADDIS ABABA, Ethiopia (AP) — The Ethiopian marathon runner who made global headlines with an anti-government gesture at the Rio Olympics finish line has returned from exile, after sports officials assured him he will not face prosecution.

Feyisa Lilesa’s return from the United States comes several months after a reformist prime minister took office and announced sweeping reforms. He received a warm welcome at the airport from the foreign minister and other senior officials.

Feyisa says the new government is “a result of the struggle by the people” and he hopes it will address concerns after years of repression.

The silver medalist crossed his wrists at the finish line in 2016 in solidarity with protesters in his home region, Oromia. He later said he feared he would be imprisoned or killed if he returned home.