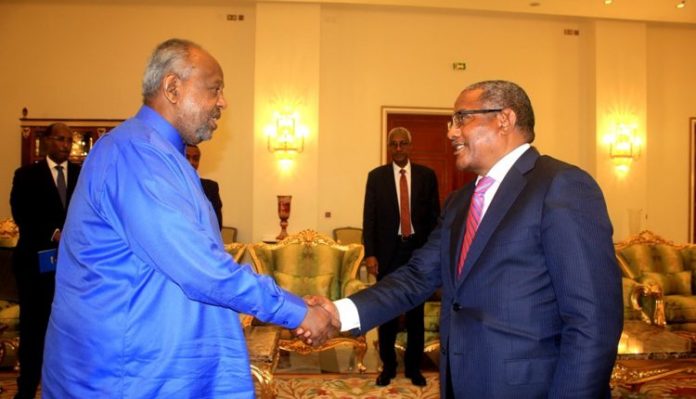 Following a warm welcome coupled with a congratulatory message to Foreign Minister Gedu on his new appointment, President Guelleh reiterated his Government’s unwavering commitment towards ensuring that the symbolic Ethio-Djibouti ties would make great leaps forward in the years to come.

Gedu told the President that the strategic partnership and symbolic ties between Ethiopia and Djibouti is longstanding and well entrenched that it will not falter in the face of challenges, adding that the ties between the two countries will continue to be further invigorated.

The Minister also stressed that mapping out new areas of cooperation will give further impetus to the ongoing multi-faceted relations between the two countries.

Discussions also covered many arrays of socio-economic and political bilateral issues, according to the Ministry of Foreign Affairs.