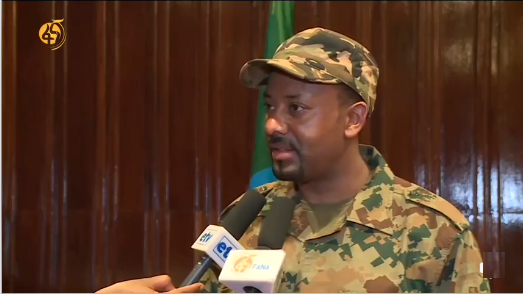 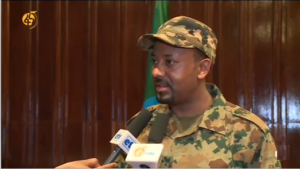 The two leaders, Ethiopian and Eritrean soldiers, as well as other senior government officials from both counties, also celebrated the Ethiopian New Year together at the border.

Speaking to journalists at Bole Airport, the Premier said “we had a good New Year celebration at the border.”

“To ease the tense atmosphere that existed in border areas, Ethiopian defense forces will return to camps to recover and obtain additional training beginning from today. The same will be done on the Eritrean side,” he added.

The troops from both countries suffered a lot for the past years, the Premier indicated.

The agreement comes after 18 years of “no peace, no war” that followed two years of intense border fighting between 1998 and 2000.

Following the peace deal, the two countries agreed to regularize their ties with the opening of embassies, free travel of people, airline links, direct international telephone connection, and use of ports.