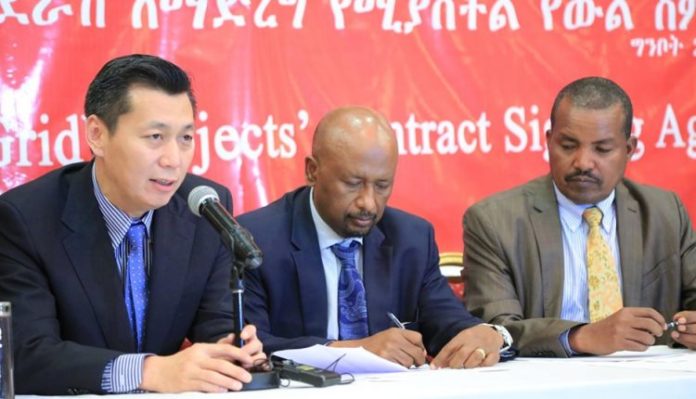 According to the agreements, the power projects will be built in all parts of the country at a cost of more than 296 million birr.

The projects will be built in Oromia (three), Amhara (two), SNNP (two), Somali (one) Tigray (one) Afar (one), Benishangul Gumuz (one), and Gambella (one).

Once completed, the projects will help to light more than 67, 700 rural homes, it was noted at the agreement signing ceremony.

About 25 projects are under a design phase and the African Development Bank (AfDB) has approved $15 million loan and grant for the projects.

According to the Ethiopian Electric Utility, the World Bank Group and AfDB approved $400million and $100 million grant and credit, respectively, for similar power development projects.