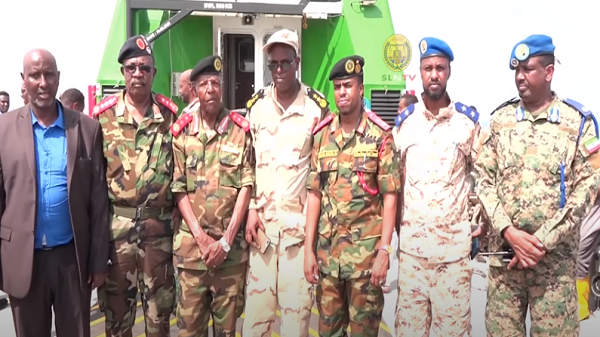 A delegation from Ethiopia headed up by the minister of irrigation of Somali region, Abdirahman Iid flanked by senior military officials have on Wednesday paid an inspection visit to the port city of Berbera to learn about the port’s operation and development plans.

Berbera port manager flanked by Sahil regional governor led the delegation during the inspection of the port. Ahmed Mohamed Hashi, Sahil provincial governor, speaking during the reception of the Ethiopian delegation, has asserted that the arrival of the delegation to the port is important in order to boost the bilateral working cooperation between Ethiopia & Somaliland.

Berbera port manager, Said Hassan, has said that the delegation observed the port operation. Head of security for Somali region of Ethiopia, Hussein Hashi, has said that Ethiopia counts on Berbera port for its trade use. He revealed that the aim of the official working visit to Somaliland is to strengthen the ties between Ethiopia and Somaliland. He added that the port is a vital trade outlet for the entire Horn of Africa.