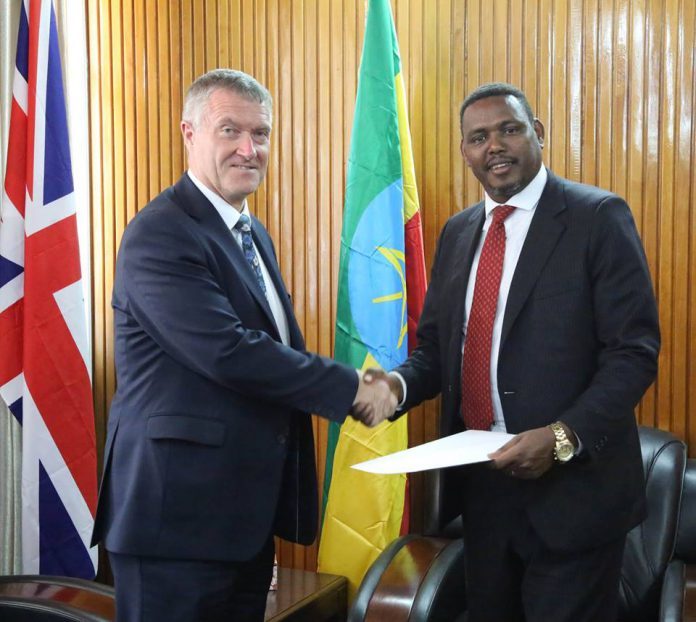 Markos commended UK’s endeavor in maintaining and developing excellent relations between the two countries in all domains of cooperation that spans helping to boost political, cultural, economic and social relations.

He also appreciated the UK for offering a wide range of services and funding of various projects in Ethiopia for more than 100 years.

David McFill appreciated the complementary relationship between Ethiopia and the UK highlighting the true friendship and common vision both countries enjoyed including collaboration on a plethora of issues of mutual concern at regional and global levels.

Moreover, the newly appointed ambassador also noted that a wind of hope has ushered in Ethiopia pertaining to positive developments in security, normalcy and stability in the region as well engulfing continental Africa in particular.

UK was among the first countries to open its embassy in Addis Ababa, while Ethiopia was the first African country to establish an embassy in London.