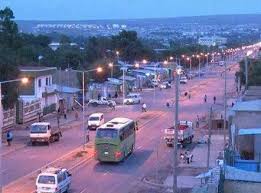 Jigjiga–Security forces of the Somali Regional State (SRS) detained at least 30 prominent elders of the town of Yu’ub, in the province of Werder, according to residents. The detention of the prominent members of the Yu’ub community comes after two Liyuu Police were wounded at a disputed village, Ismodey, about eight-kilometers from West of Yu’ub town. The shooting appeared to be revenge for the killing of Dahir Mada’hey, who was killed in action in the village of Barajis by the Liyuu Police after he allegedly started shooting the Liyuu Police, who attempted to arrest him. The deceased Mada’hey came from another village, Kudunbur, about 20-Kilometers west of Ismodey village. Residents of Yu’ub say the local authorities are taking measures against the same Makahil community that their two innocent Liyuu Police were wounded and they accused Colonel Ahmed Salad and some of the powerful State Officials of conspiring against them. Col.Salad buried alive 10 of Yu’ub residents during the tyrannical rule of Abdi Mohamoud Omar (aka Abdi Iley) and he ordered Liyuu Police to continue the dirty work after attempts to mediate between Ga’anweyne and Bahamagan, two Ogadeni sub-clans failed. The ousted region’s long-serving administrator Abdi Iley forcibly evicted Ga’anweyne Somalis in favor of another. After Abdi Iley was ousted, people returned to have access to their properties – water pools, houses, homes, shops and their businesses. But hundreds of Liyuu Police receiving orders from commanders of the rival clan attacked them. At least 70 of the Ismodey residents were wounded and Dozens of the IDPs, among them the wounded, were staying in the bushes without food and clean water. Any delivery of urgently needed humanitarian aid had been refused entry into the IDPs. The recurrent land dispute could escalate to conflicts that will jeopardize the Federal government’s endeavors to make the region Africa’s Dubai and will likely lead the termination of Oil and Gas explorations.