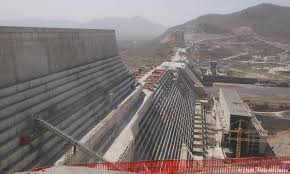 Ethiopia said it would not participate in the Washington meeting scheduled to take place from Thursday, February 27th.

Ethiopia, Sudan and Egypt have been holding negotiations on the filling and operation of the Grand Ethiopian Renaissance Dam (GERD) in the presence of the World Bank and the United States Secretary of the Treasury as observers.

In a meeting held in Washington earlier this month, the three countries agreed to continue negotiations until the final agreement is reached.

The Ministry of Water, Irrigation and Energy of Ethiopia said in a statement today that the Ethiopian negotiation team would not take part in the meeting as it has not yet completed internal consultations with stakeholders.

The Ministry said it had sent a letter to the Secretary of the Treasury that the Ethiopian team would not attend the meeting.

The three countries have been conducting extensive tripartite discussions for almost eight years since the beginning of the construction of the Ethiopian Dam.

The dam, which will be the largest hydropower project in Africa once completed, is now more than 70% complete.

The filling of the dam will start at the end of this year and will be completed within 4-7 years.

Grand Renaissance Dam is scheduled to be fully completed in 2023.