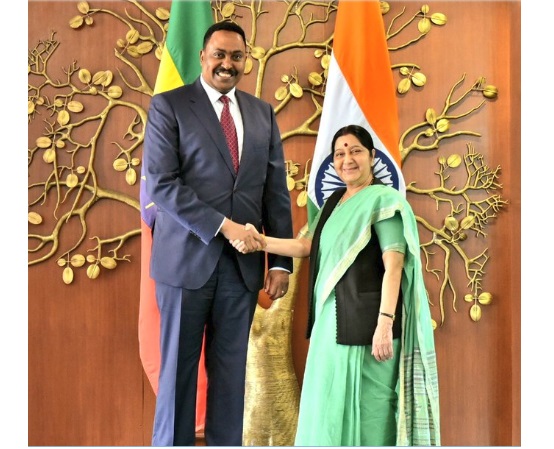 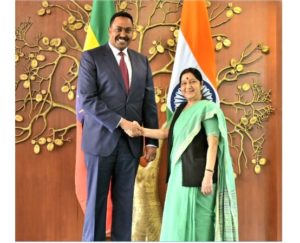 Addis Ababa August 31/2018 —Ethiopia and India have been working to transform their 70-year diplomatic relations into a strategic partnership, a press release from the Ministry of Foreign Affairs reported.

The last Ethiopian budget year was productive in terms of sustaining the strong economic and people-to-people relations which is critical for the transformation to a strategic partnership, according to the statement.

Accordingly, a high-level government officials from both countries conducted exchange of visits last year. The Indian government has earmarked 195 million USD in loan for the construction of Mekelle Industrial park.

Agreements have been reached to strengthen information communication and trade ties between the two countries alongside the reminder call from the Ethiopian side for financial support of Ethio- Djibouti electric line.

The Second Ethio-Indian Joint Commission meeting which targeted to strengthen inclusive relations was also held last May at the presence of Foreign Ministers of the two countries.

Over 600 Indian companies which registered 4 billion USD have been operating in Ethiopia in various investment ventures.

The 70-year official diplomatic relations of the two countries could be taken as an exemplary for other countries particularly on areas of investment, trade and human resource development.