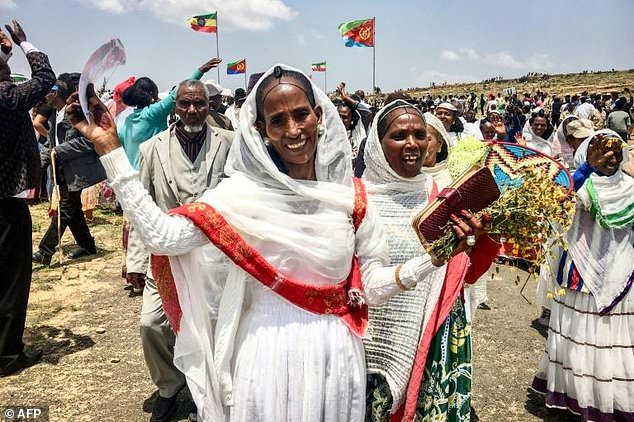 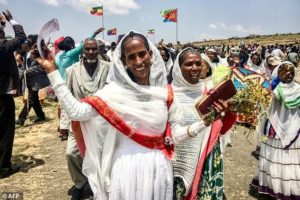 Eritrean women expressing their joy as two land border crossings between Ethiopia and Eritrea were reopened for the first time in 20 years on September 11, 2018

Ethiopia and Eritrea will attend a summit in Saudi Arabia on Sunday to sign an agreement cementing the thaw between the two former Horn of Africa enemies, a UN spokesman said Friday.

UN spokesman Farhan Haq did not provide details, saying the Ethiopian and Eritrean leaders would sign a “further agreement helping to cement the positive relations between them.”

On Tuesday, the leaders of Ethiopia and Eritrea reopened two land border crossing points for the first time in 20 years, clearing the way for trade between the two nations.

A turnaround began in June when Abiy announced that Ethiopia would hand back to Eritrea the disputed areas including the flashpoint town of Badme where the first shots of the border war were fired.