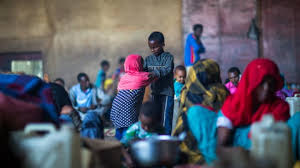 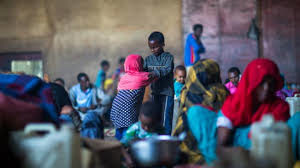 The latest figures show that Ethiopia had the most new internal displacements for the first half of 2018, surpassing countries with higher-profile conflicts such as Syria, Yemen, and the Democratic Republic of the Congo.

Recent ethnic clashes in the southern regions of Gedeo and West Guji, along with internal border disputes at the southeastern Somali border, have forced 1.4 million people to flee their homes since the beginning of 2018, marking it the world’s highest level of violence-related internal displacement so far this year.

“Conflict was behind the majority of the new displacements [in Ethiopia] between January and June, but many of these clashes are driven by scarcity of resources, such as food, farmland, and livestock as a result of fighting, but also drought and flooding,” Alexandra Bilak, director of the Internal Displacement Monitoring Centre, told devex.

According to midyear figures published Wednesday by IDMC, there have been an estimated 5.2 million new IDPs associated with conflict or violence across the 10 most impacted countries. East Africa has been the hardest-hit region, with Somalia and South Sudan also among the top 10 countries for conflict-related internal displacement.

The region also accounts for five of the most significant natural disasters between January and June, with flooding in Kenya, Somalia, Ethiopia, and Uganda, along with drought in Somalia displacing more than 1 million people combined. In total, 700 disaster events in more than 100 countries displaced an estimated 3.3 million worldwide in the first half of 2018.

The internal displacement crisis in Ethiopia is complex and multi-faceted, Bilak explained, and it comes on the backdrop of more positive news — the World Bank’s economic projection of the country to have the second-fastest growing economy on the African continent this year.

“Ethiopia isn’t experiencing a large-scale conflict, so this development is concerning,” she wrote. “However, displacement in Ethiopia has unexpectedly sky-rocketed due to ethnic tensions and border disputes, exacerbated by the El Niño drought making resources scarce,” Bilak noted.

The number of new displacements in the country increased more than six-fold compared to the 213,000 displacements reported during the same period last year.

It is hoped that recent political gains — including the April election of reformist Ethiopian Prime Minister Abiy Ahmed, who has ended the 20-year war with neighboring Eritrea and prioritized internal reconciliation, welcoming the opposition group’s leaders back into the country after 11 years in exile — could be part of the solution.

Internal displacement in Ethiopia could have broader implications on the country’s development and stability if the root causes are not addressed, Bilak said, particularly as displacement camps and basic services continue to be stretched beyond capacity.

“The development of the country will be stunted unless the government addresses the root causes of internal displacement, such as poverty, chronic food insecurity, and the effects of climate change,” she noted. “Until these causes are addressed, this issue will continue to affect people in Ethiopia and across the world while in the meantime, IDPs are living in overcrowded shelters in camps or host communities with inadequate sanitation and a lack of basic services.”