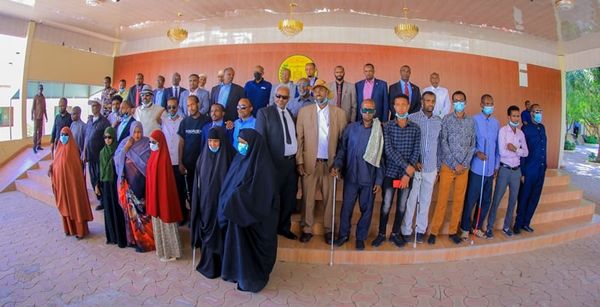 The government of Ethiopia and Somaliland have enhanced security and associated bilateral relations along the border of the two territories.

This was highlighted by the gesture shown by the Gashamo sub-provincial officials who repatriated to Somaliland several in-absentia convicts and indicted suspects of/on drug peddlers and illicit substance charges.

The Daad-mareed Regional Governor Mohamed Diriye Hayd told local media that the convicted (in-absentia) culprits and the other indictedsuspects were handed over after concerted efforts were made by both sides to address such and other issues.

A visibly jubilant RG Hayd pledged that the Somaliland side would bolster the ties to an even higher level.

Profusely thanking the Ethiopian Gaashamo officials for the amicable and mutual show of trust of togetherness and bilateral ties, the governor urged his colleagues whose area borders the neighbouring country such as Togdeer, Maroodi-jeeh, Gabiley, Awdal, Selal and Buuhodle to emulate the efforts for the good and stability of the peoples of both countries.