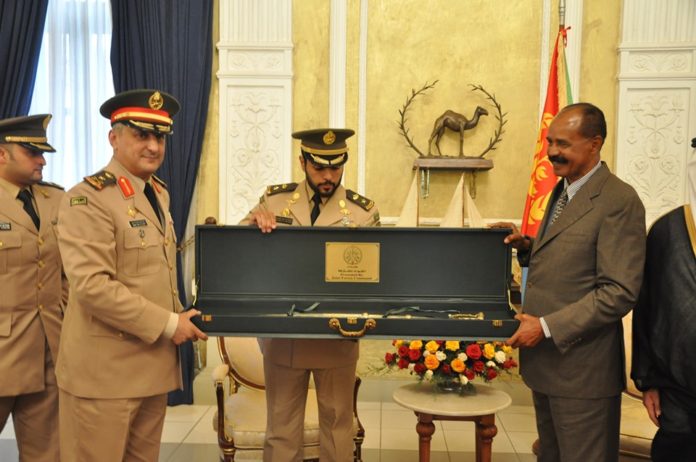 However, the ardah, a ceremonial Saudi’s sword dance before engaging in war, was not staged at the palace. Nowadays ardah is done at all kinds of Saudi engagements, from weddings to holidays to cultural events of all sorts, and involves two lines of men, arms linked, dancing while holding swords.

Eritrea’s Information Minister Yemane G. Meskel clarified that the talks only centred on Eritrea-Saudi bilateral ties as well as the security of the Red Sea region.