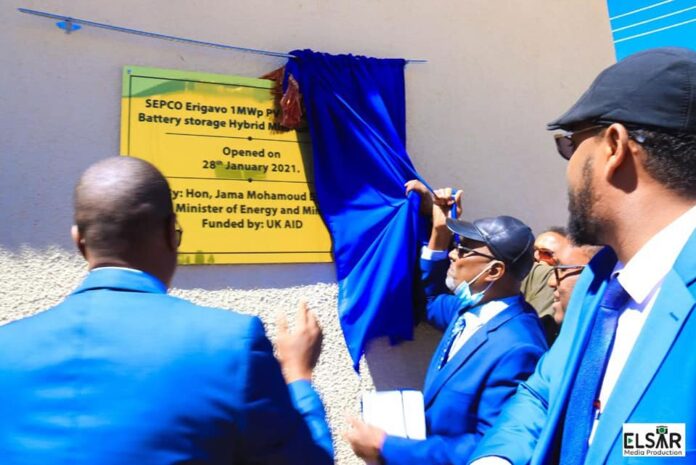 The project is a joint venture between the Government of Somaliland and a grant from the British Government (FCDO) through the Ministry of Energy and Minerals and the Sanaag Electricity Company (SEPCO) in Erigavo.

The meeting was attended by, amongst others, the Minister of Energy and Minerals, the Governor of Sanaag, the Mayor of Erigavo, the Chairman of the Energy Commission, officials from the electricity companies, businesspersons, the elderly, women and many other dignitaries.

All the officials welcomed the project and said they were looking for cheaper, affordable and reliable electricity, and in league with the Ministry of Energy and Minerals, vision of fulfilling the national aspirations and utilizations of the resources of the country to achieve a better.

The Minister said that the other benefits of the project would be the reduction of the cost of electricity affordable by the consumers.

This project reflects the ministry’s commitment to developing and improving the country’s energy infrastructure, in particular, increasing the use of renewable energy and increasing its use.