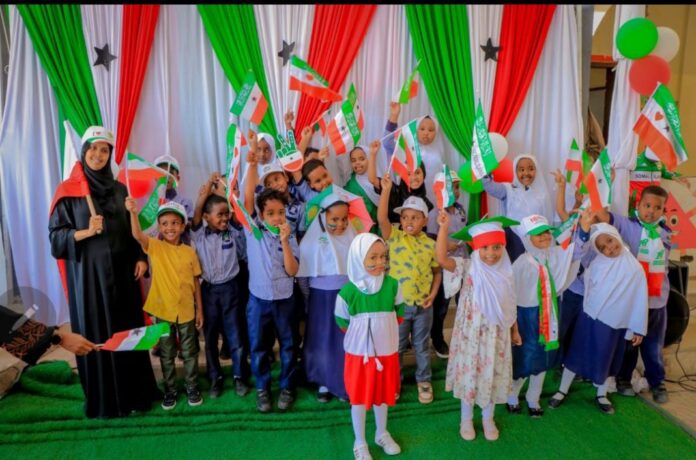 The school, fully owned by a Kenyan-Somali, is not only the best in Somaliland but also holds the title of the most outstanding international school in Africa by Accreditation Service for International Schools (ASIC).

The school’s reputation is attributed to the over 85 Kenyan teachers employed to fill the curriculum gap that has persisted due to inadequate human resource capacity.

The Elm Schools is a Kenyan school in Hargeisa city, the capital of the Republic of Somaliland.

And while its citizens enjoy the freedom to access formal education, the education system is not strategically placed according to education experts due to deficiencies in the sector.

Set at the heart of Hargeisa city, The Elm Schools was established in 2007. The excellence of the institution is attributed to, among other factors, the number of Kenyan teachers employed and teaching the Kenyan curriculum that is considered very robust, in an effort to fill the literacy gap that exists in the country.

The school, fully owned by a Kenyan-Somali, is not only the best in Somaliland but also holds the title of the most outstanding international school in Africa by Accreditation Service for International Schools (ASIC).

ASIC is a UK-based independent quality assurance body specialising in the institutional accreditation of education providers.

The school’s reputation is attributed to the over 85 Kenyan teachers employed to fill the curriculum gap that has persisted due to inadequate human resource capacity.

The population is predominantly Muslim and the priority is given to Islamic, Quran and Arabic education taught by Somaliland teachers.

“Our curriculum is Kenyan and that is why we have the Kenyan staff. We got into CBC just like the Kenyan system, but now here we do an integrated system,” says Silvia Nzilani, the school’s head teacher.

“We cannot fit in the kind of CBC because of the materials and everything required there. But we integrated 8:4:4 and CBC.”

Somaliland is quite unique. Here, people do not work on Thursdays and Fridays because of cultural and religious reasons attached to the days.

“In Kenya we know the weekends are Saturdays and Sundays but here it’s Thursdays and Fridays, so we adapt and when you go to Rome you become Romans,” says Ms. Nzilani.

The total population of students from both primary and secondary schools is 2400, with 53 classes in the primary wing and 17 classes in secondary.

The overall number of teachers here is 142, including 87 Kenyan teachers.

However, in both lower and upper primary, even the 53 classes cannot accommodate the number of learners due to high demand for the school hence pupils come in shifts of morning and afternoon to acquire the much needed skills.

“When it comes to recruitment, we go down to Kenya and do interviews and take only qualified teachers and all our teachers are registered members of TSC back in Kenya,” Benson Samia, the school’s head of Human Resources says.

In terms of cultural and religious adaptation, most of them had to change a lot to fit in with the ways of Somaliland residents.

“Of course it was a different nation so the first time I landed here there was that culture shock…in terms of dress code and food I had to change a lot to fit in,” Nzilani says.

Antoninah Anyango is a teacher of Math: “Sometimes I miss the Kenyan way of life of going out and wearing what you want because, you know, here it is a bit restricted. I also miss ugali and greens.”

Nevertheless, they say they have managed to keep together as a family here.

On maintaining the Kenyan spirit, Mr. Samia says: “Whenever there is celebration like Madaraka in Kenya, we also celebrate together as Kenyans just to keep the Kenyan spirit going. We do nyama choma and ugali and so on.”

Theirs is a story similar to that of more than 9,000 Kenyans working in Somaliland in different sectors and capacities helping boost economies of both nations, a demonstration of their resilience with the right environment and resources.