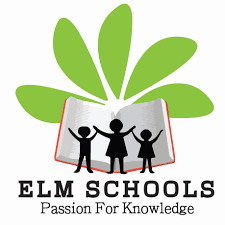 Elms School, a privately run institution in Somaliland’s capital Hargeisa, has been awarded among the best schools offering the British system of education in the world.

The school has been awarded by the Accreditation Service for International Schools, Colleges and Universities{ASIC} at an international conference in Kuala Lumpur Malaysia.

The top management of the school which is the first international school in Somaliland arrived Tuesday morning at Egal International Airport.
They were received by some of the staff of the school.

The school has been awarded because of its performance.
Mukhtar Muse who is among the top administrators of the school, says the award is a great milestone for the institution.

He added that handwork of the staff and the administrators of the school played a huge role for the school to be recognized.

Elm School is considered to be in the same league as international private institutions in terms of education quality and status. It was established in April 2007, the school has more than two thousand students.

The school has a seal of approval for quality education, and is accredited by the British Accreditation Service for International Colleges and schools (ASIC) and is cleared to offer international British system of education.

The institution also provides the Kenya’s 8-4-4 system, which is slowly being phased out to be replaced by the Competency-Based Curriculum, that is being rolled out making it the first school in Somaliland to implement it.

It has a kindergarten, lower and upper primary and a secondary school. These units are dotted across the fast-growing city of Hargeisa.

Mohammed Shafic Mohammed who was part of the team that received the award in Malaysia says the acknowledgement puts Somaliland on the International Map and plays an important role in Somaliland’s recognition as an independent country.