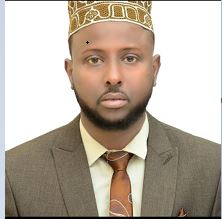 The Legal, judicial and human rights subcommittee of the House of Elders, member, MP Mustafe, who was briefing the House, spoke about meeting they had with Prosecutor Office, National Commission of Human Rights & Supreme Court.

MP Mustafe Mohamed Dahir, a member of the Legal, judicial and human rights subcommittee on 19th October addressing the House of Elders, he began his remarks, according to the Chairman of the committee MP Mohamud Hared Roble, the  committee in the course of this session work has held meetings with the National Prosecution Office,   the National Human Rights Commission and the Supreme Court.

According to members of the House of Elders, judicial matters are progressing well, with the exception of a few issues, such as the completion of lawsuits requiring enforcement, the legalization of arresting process, and police receive official warrants from courts prior arresting any person, and who recruited for judiciary works have  required legal knowledge

In a meeting with the prosecutor’s office, the Committee noted their barriers include and complained low knowledge of Police stations case investigators as well as challenges faced to key legislation still at parliament and others that need to be reformed, such as the anti-terrorism, rape law.

The Supreme Court’s recommendations include a review of the drug offences , and a harsher sentence that has led to overcrowding in the country’s prisons.

The meeting committee held National Human Right Commission recommended that the rape law be amended to bring it in line with the constitution and Islamic law.