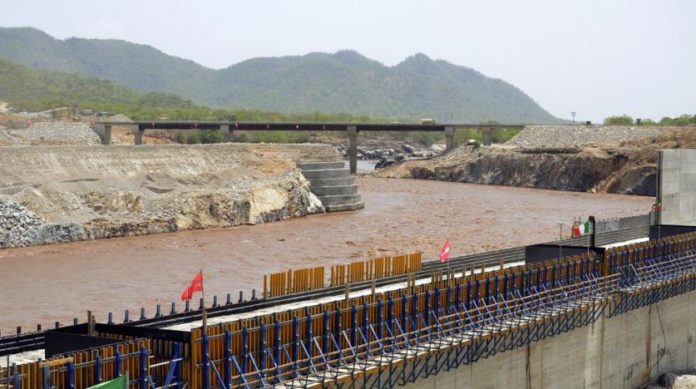 The Egyptian Foreign Ministry has voiced concern over the procrastination in negotiations with Ethiopia on the Grand Ethiopian Renaissance Dam (GERD).

In a meeting with European ambassadors to Egypt on Thursday, Hamdi Louza, Deputy Minister for the African Affairs at the Ministry of Foreign Affairs said Egypt had made a fair proposal to Ethiopia and Sudan regarding the operation of the dam in a way that achieves Ethiopia’s goals in power generation and preserves Egypt’s water interests.

Louza said Egypt’s proposal is based on its former discussions with Ethiopia and the “declaration of principles” signed in March 2015 by the leaders of the three countries, which states that the three sides have to agree on the rules of filling and operating the dam.

The deputy foreign minister also stressed the importance of continuing the negotiations in good faith and discussing all proposals, including that of Egypt.

Louza warned against “imposing a unilateral vision and disregarding the interests of others or the damages that could hit the two downstream countries, particularly Egypt, which depends on the Nile River as a lifeline to the Egyptian people.”

Last month, Egypt said it has proposed to hold a six-party meeting for foreign and water ministers of the three countries on September 15-16 to reach a solution for filling the dam’s reservoir without causing harm to the downstream countries’ water share.

Since 2014, Ethiopia, Egypt and Sudan have been engaged in tripartite talks to reach a final agreement on the rules of filling and operating GERD.

Cairo fears that the dam will reduce the river’s waters coming down from Ethiopia’s highlands, through the deserts of Sudan, to Egyptian fields and reservoirs. Ethiopia has claimed the dam is necessary for its development.