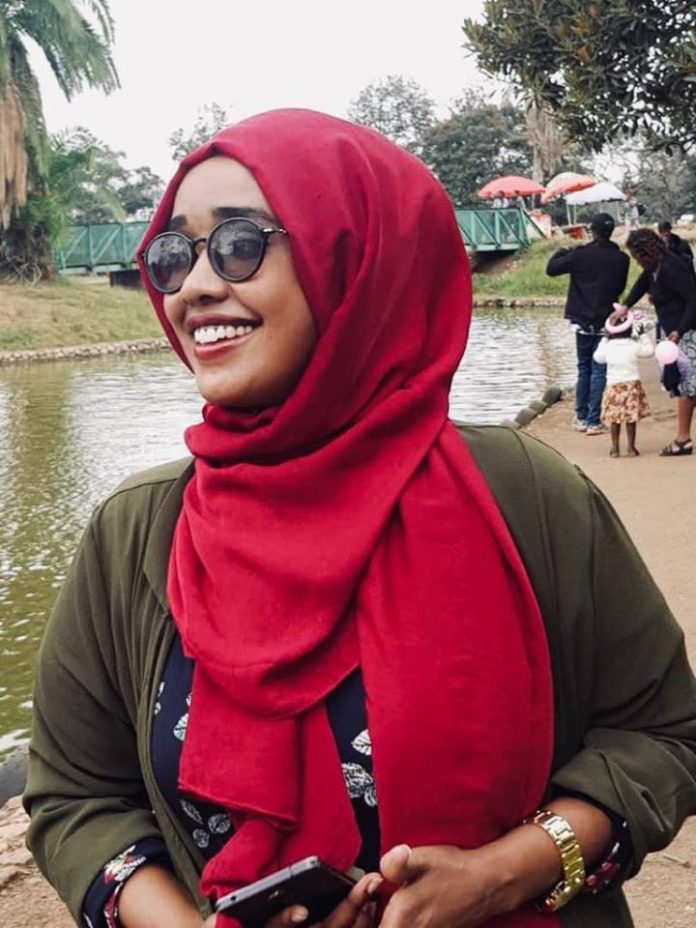 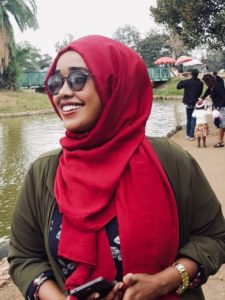 Somalia’s collapse into anarchy three decades ago had caused many Somalis to seek refuge in the other world, a large number of them have fled into the neighboring countries. Somalis by nature are nomadic and the plague of the civil war had made them international nomads.  Those Somali immigrants that fled into the different places of world did not only flee with themselves, but they also carried the Somali culture and Somali-ness with them and the countries that had hosted them did not only host Somali asylums but a Somalis with their culture, thus this Somali expatriate has conveyed a lot about Somali culture to the other respective communities they populated with. Because of homogeneity among Somalis in Somalia, it becomes more interesting to tell about Somalis and Somaliness when Somalis join our communities.

Kenya, Southwest of Somalia, has received many Somali immigrants. Loads of both the Somalis immigrants — from all regions of the Horn, and the indigenous Kenyan Somalis occupied Nairobi and mostly congregated into Eastleigh part of the city— though Somalis nowadays reside every part of the city. Eastleigh is a commercial suburb of Nairobi; it creates much wealth for the country. Its prodigious economic transformation has enhanced and sustained Somalis in the domain for most of its malls and businesses are owned by Somalis which as well-prodded wider economic growth in the country.

Traditionally there is nomadicity in Somalis which still defines the Somali culture. It’s from the semi-arid plateaus, dry valleys and the prolonged period of abnormally low rainfall that most of the Somali traditions spring, forming the substratum of the Somali society with the rich cultural heritage of the camel herding and the pastoral life. Then later after the chaos in Somalia that lifestyle has made easier for Somalis to live amicably in virtually every city in East Africa and beyond. You will find them more dispersed than any other ethnic group; and despite the harsh differences in their own origins, their willingness to live anywhere in the world where destiny and struggle forced to live, have made them reap the benefits of being away from home. 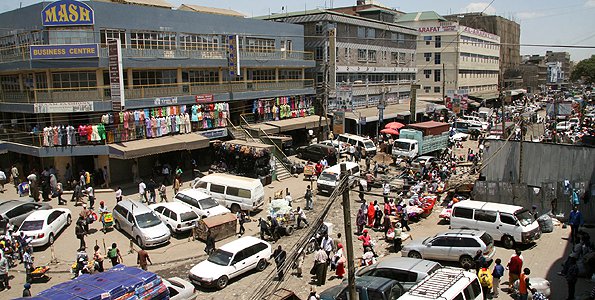 Thus, we understand why Eastleigh, a place of commerce is dubbed as ‘’The little Mogadishu’’. The choice of Somalis to assemble in the area has a lot to say about Somalis as a community and as an individual. Somalis are very successful entrepreneurs and generated massive wealth which tells that a Somali will work hard and will make use of every opportunity to create wealth, which is in many times as equal as making a family. The struggle in Eastleigh also reveals the great role of Somali women in the money-making society as they managed to carve for themselves a position in this economic transformation and in the process, this has helped them relatively stabilize their families in a context different from home.

The current way of Somali occupancy in the estate shows that Somali refugees once they settle down begin converting their rooms into small shops, then those shops morphed into today’s big stores and malls. I remember in my third visit to Eastleigh, Najma, a cousin of mine, could fell from the stairs laughing as I asked her why all those clothes that were being sold looked ragged and frayed, “Is that all ‘a whoodied’ (secondhand ) ?”  That was apartments occupied by Somali families drying their washed clothes in the sunny balconies on a top of vast stores in the big buildings next to the Dhahabshil Bank in Eastleigh.  It was more like Xamar-Weynein Mogadishu where you happen to do shopping from the stores in the ground while a lady will be washing and drying clothes in the second and the top floor. Just more like a nomadic herder will always settle the family close to where there’s pasture.

Somalis barely mix easily with other ethnicities and for cultural reasons, they don’t automatically get along with other Africans neither they are open for other groups to mingle with them; that’s maybe because of the conservativeness in Somali culture. In Eastleigh, as a Somali, you’ll feel the sense of belongingness and intimacy with the company of the loved ones. Somalis there are either a relative or a friend; when you are Somali you know that every Somali lady is —‘walal’ or ‘Eedo’ — sister or aunt and all the Somali old men is —‘walal’ or ‘Adeer’ — a brother or uncle. Although there’s a large number of rich Somalis in the region still by average Somalis are breadwinners yet you’ll always find them delighted in helping each other. I was told about that if it happens that penury throws a Somali fellow into Eastleigh his sub-clan members will raise funds to help him carve out a small business that later set him financially stable. Unlike many other ethnic groups in the region, Somalis are endowed with geniality and generosity among themselves- at least- while in other countries.

While for many other Kenyans, Eastleigh may appear to be a center of illicit trade and insecurity, Somalis feel homey there. After more than a decade, I have reunited with a two of my primary classmates here in Nairobi as they pursue master’s degree in University of Nairobi.  I have visited them in Eastleigh and they told me, despite the distance from the campus, they preferred residing in Eastleigh and feel more secure there.  Eastleigh,  a rich cultural environment is more homelike for many Somalis in Nairobi, and it is a place in which many feel comfortable and content, despite its throng, traffic jam, and dirtiness.

A friend who just moved from Eastleigh after six years has told me it was the Somali food that kept him in the place. I asked him several times before he moved why Eastleigh despite the other cool areas of the city “I don’t like cooking” he told me, or maybe he doesn’t know how to cook like a typical Somali man!

Another friend who works and resides in the town has told me he comes to Eastleigh every weekend. For what reasons, I asked and he told me what else would be needed when I’m boosting my Somali-ness, absolutely one would yearn for; the familiar Somalis sight and Sound—Shaah and Sheeko—Somali scented tea and the chitchat of vandalized Politics of Somalia. No matter where else in the city you reside, there’s always something in your Somali-ness that will bring you into Eastleigh, let the least of it be craving for the hilib/caanoGeel (camel milk/meat). Not only the local and immigrants but also many Somali Diasporas’ choice for holiday is Eastleigh. No wonder then why many other Somalis in the region know that there is Islii (Eastleigh) in Nairobi before they even know that Nairobi is the capital city of Kenya.

Nairobi is a gorgeous city and has a lot to give from entertainment to business; it got natural beauty with a large number of wild parks. The city is very green and many parts of its beauty are the trees and colorful followers that are planted around the tall buildings. An old Indian man in the next door to us in SouthC had planted more than twenty flowers in the gateway of his house. There’s something in humans that will find peace and beauty in plants more than in tours,meanwhile Eastleigh’s majority is eyesore that will remind you the arid we belonged to, an overgrazed land, nonetheless,  flowers and trees will be beautiful in a clean environment and Eastleigh’s often filthy and rotting garbage flow through gullies and nasty crowded streets has something else to tell about Somalis since it’s a Somali enclave place. Because pride is important in Somali society, you will find the individual Somali nomad very proud, grace and hygienic but with a mess environment. The Somali houses are cleaned up; similarly, Somali hotels in Eastleigh are fine and their restaurants serve an excellent food, but paradoxically, still around them is a heap of garbage. Perhaps the nomadicity in Somalis has yet to keep pace with the city life and environmental conservation.

One of the most serious idiocity actions that a community may commit is to deteriorate their environment, to my fellow Somalis being hygienic and living in a clean house still in mess surroundings will always be a disgrace to our Somali ness. A clean and healthy environment is part of the quality of life we desire for ourselves that we fled from our own country. Eastleigh deserves to be cleaner and greener and this requires Not much that the different parts of the community, Somalis; youth and elders to do awareness on the importance of sanitation and environment conservation. 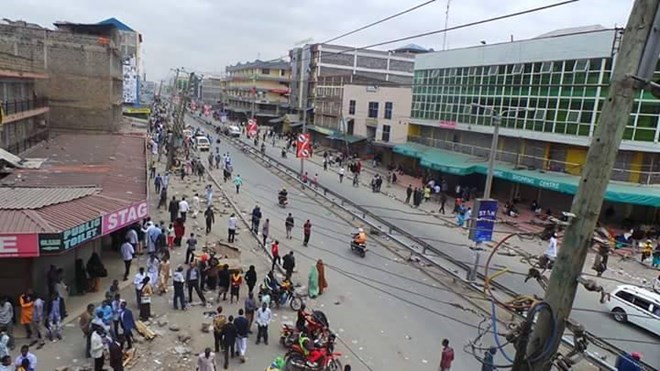