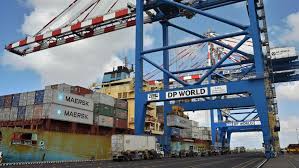 Dubai-based global ports operator DP World has taken its fight against the tiny African country of Djibouti to Hong Kong, where it has sued a major Chinese state-owned ports company for turning the Djibouti government against it.

DP World’s claim in the Hong Kong High Court accuses its competitor China Merchants Port Holdings Company (China Merchants) of inducing the Djiboutian government to breach concession agreements going back to 2004, which gave DP World effective control of all ports in Djibouti, a country strategically located at the meeting of the Red Sea and the Gulf of Aden.

China’s growing influence over Djibouti has raised alarm in the US.

The filing, obtained by Hong Kong-based investigative news agency FactWire, was submitted in August 2018, days after Djibouti dismissed a London arbitration court ruling saying its breach of agreements was illegal.

In response, China Merchants has applied to have the case moved to Djibouti, a source told FactWire. A hearing on that application will take place on 15 October 2019.

DP World has been railing against Djibouti’s decision in February 2018 to nationalise the Doraleh Container Terminal, overturning a 30-year concession agreement signed in 2004 that gave DP World exclusive rights to run the terminal.

That agreement also prevented the Djibouti government from giving concessions for other ports or free zones to any other party, meaning DP World would control all port operations in Djibouti for the 30-year period.

In FactWire’s account, the Djibouti government grew unhappy with DP World’s control over its ports in 2009, and in 2012 it flouted the DP World agreement by signing an agreement with China Merchants for the development of new ports and free trade zones.

DP World’s filing complained that Djibouti tried to use corruption allegations as an excuse to revoke the agreement in 2012, even as it moved forward on projects with China Merchants.

In 2014, China Merchants and Djibouti decided to build a new port, “Doraleh Multipurpose Port”, next to the new Chinese military base. It opened in mid-2017.

Djibouti is strategically important as the location of a sea-lane a crossroads between Africa, the Middle East, Asia and Europe, via the Suez Canal.

Chinese influence over Djibouti has raised alarm in the US, where, in November, senators Marco Rubio (Rep) and Chris Coons (Dem) wrote to Secretary of State Mike Pompeo and Secretary of Defense Jim Mattis expressing their concern.