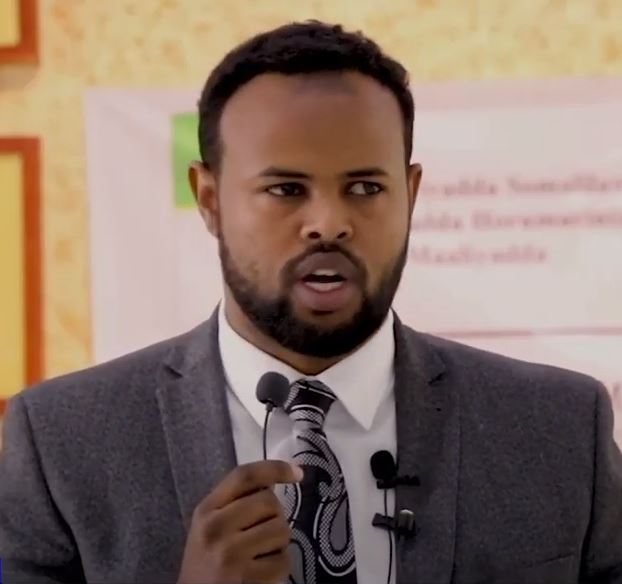 On October 12, the British Government’s investment arm, CDC Group announced a partnership with global logistics company DP World that will make initial investments to modernise and expand Berbera in Somaliland. The move is likely to see the Berbera port offer competition to the ports of Mombasa and Dar-es-Salaam. Somaliland Deputy Minister for Trade and Tourism, MUSE IBRAHIM YUSUF was in Nairobi and he spoke to FRED OLUOCH about the new venture.

Why did DP world partner with CDC Group and what does the partnership entail in terms of operations?

CDC Group’s decision to partner with DP World is a strategic one and at $1.7 billion, it is the institution’s biggest investment ever globally. The partnership between CDC Group and DP World will focus on the modernisation and expansion of ports and logistics infrastructure both at the seaboard and inland. These include seaports, special economic zones, inland container depots in the hinterland, and other inland transport infrastructure. CDC Group has initially committed approximately $320million and plans to invest an additional $400million in the coming years in this partnership with DP World.

Why Berbera in particular?

Somaliland’s ambitions to be a regional trading hub and gateway to Africa is well underway with the port expansion putting the historic port and Gulf of Berbera back on the map. CDC Group investment into DP World in Berbera will help drive much-needed development in Somaliland and support the continuing growth of Ethiopia, which in turn will have positive spillover effects on the wider Horn of Africa region.

Ethiopia is heavily reliant on Djibouti port for over 90 percent of its imports and export but congestion along that corridor makes Berbera a competitive alternative for Africa’s second-most populous country and the sixth-largest landlocked country in the world.

How will this partnership benefit the people of Somaliland and the region?

DP World’s $442m investment in the Port of Berbera has been a transformational one and Somalilanders have benefitted both directly and indirectly in terms of jobs and improved efficiency of port services.

This partnership will no doubt continue to benefit our citizens and also neighbouring Ethiopia, as a landlocked country, will have more options in access to the sea and support their continued growth trajectory.

With the prospects of further regional integration and increased intra-African trade on the continent and the UK government’s recent partnership with the AfCFTA — Somaliland traders and businesses in the wider Horn of Africa region will spur more cross-border trade and attract much-needed investment.

In addition, with a growing and young population in countries like my own on the continent, such access to economic infrastructure services is crucial for access to export markets and global value chains — that will, in turn, create much-needed jobs, opportunities for our traders and attract further foreign direct investment into Africa.

Could it be that the initial partnership between Somaliland and DP World was not sufficient?

When the government of Somaliland gave the port concession to DP World for 30 years and with the automatic extension of 10 additional years, we agreed to a long-term relationship that has already borne many fruits and benefits for Somaliland including additional commitments beyond the $442m already committed.

This new partnership with CDC group in Egypt, Senegal and Somaliland is a new chapter and will be a catalyst for other Development Finance Institutions (DFIs) to invest in Somaliland and improve the economic prospects of our citizens.

After this partnership, what improvements are we likely to see at the Berbera Port and will it be competitive in the region?

In June this year, DP World and the Government of Somaliland broke ground on the Berbera Special Economic Zone with the ministers of Finance and Transport and Logistics of Ethiopia in attendance. The President of the Somali Region State of Ethiopia also attended and it this region in the hinterland that will benefit from the impact of the Berbera Corridor, logistics infrastructure, and port expansion investments.

DP World also plans to expand the next phase of the container terminal which will increase handling capacity making Berbera the second-largest container terminal in Africa. For Berbera Corridor to be competitive vis-à-vis Djibouti Corridor, Northern Corridor (in Mombassa) and Central Corridor (in Dar es Salaam) investments in the soft infrastructure are more, important to harmonise customs, transit, and transport procedures including at the border with Ethiopia at Togwajale. We are working with donors and development partners like Trade Mark East Africa who have experience working with similar regional economic and trade corridors.

Somalia has often objected to outside investment in the port of Berbera without consultations with Mogadishu. What is your comment?

Somaliland and Somalia were historically two countries that were separately colonised by Britain and Italy. When the unity experiment failed in 1991, Somaliland has been operating independently for the last 30 years, with a government that controls its land and waters with democratic institutions and elected three Presidents through one-person-one-vote and peaceful handover. We deal with the international community directly and see Somalia’s claim on Somaliland as a pipe dream and not based on fact. Somaliland is independent and meets all the requirements of a sovereign state, even if we are yet to be recognised internationally.

Why then, is the international community hesitant to recognise Somaliland after all these years?

Somaliland restored its independence in 1991 and in those three decades has achieved many accomplishments including sustained peace and stability, democratic and multi-party elections and economic reforms.

Somaliland has its own constitution and has nations with embassy and liaison offices in the capital Hargeisa, Including more recently Kenya. We believe Somaliland meets all the requirements for the recognition accorded by the UN and African Union and we are confident that we will receive international recognition soon.