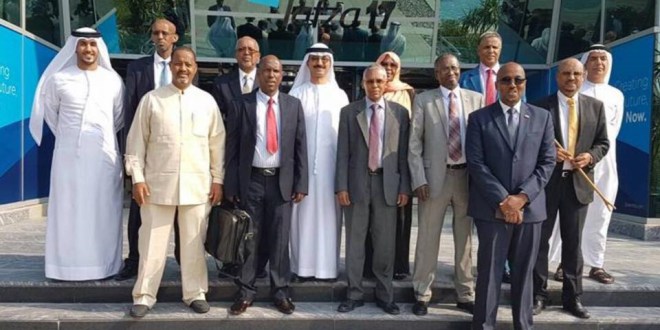 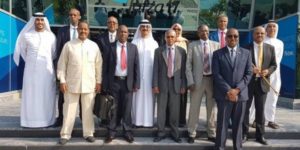 The event was attended by the Minister of Planning of Somaliland and Vice Minister of Finance, as well as mayor of Sahil Region, mayor of Berbera, women and guests of honor.

The site also hosts the Dp World Administration, which also featured on various irems of the Dp World.

Also, this Kamid Pilot boat is a modern, which drives the pilots in Somaliland to be closed and where it has been.

Somaliland port manager Siciid Hassan Abdilahi, who has been briefing the Berbera port of Berbera, has succeeded to meet the basic needs of the port of Berbera, to compete with ports in the Horn of Africa and internationally.

This new equipment is called the second president of the Republic of Somaliland to be grateful to Mr. Mohamed Haji Ibrahim Egal.

The Berbera port, which has been brought to the fore, will be a major contributor to Berber port’s work, which will increase the economic growth and trade in Berbera Port as a major attraction for international vessels such as the various goods in the Horn. and in all regions of Somaliland.

Berbera is the only one of the best in the Horn of Africa because it is located on the Red Sea.

In 2016, DP World won a 30-year concession with an automatic 10-year extension for the management and development of a multi-purpose port project at Berbera, Republic of Somaliland. The Port of Berbera opens a new point of access to the Red Sea and will complement DP World’s existing port at Djibouti in the Horn of Africa.

DP World will set up a joint venture with 65% control together with the government of Somaliland to manage and invest in the Port of Berbera. The investment of up to $442 million will include a first phase of a 400 metre quay and 250,000 square metre yard extension, and gantry cranes and reach stackers to handle containers and cargo. Construction of the quay extension is expected to start 12 months after the satisfaction of the terms and conditions of the agreement and will take 24 months to complete.

Total investment of up to $442 million will be phased over time and be dependent on port volumes, and will create a regional trading hub along with the scope for a freezone. The project will focus on containers with the capability to handle other types of cargo and will be implemented with the government of Somaliland.

The future of Africa is at the Berbera port. WP World has invested a lot of money on the port and added many buildings and 400 Miter ports.

In the Horn of Africa, there are many opportunities to benefit from ports such as imports or exports.