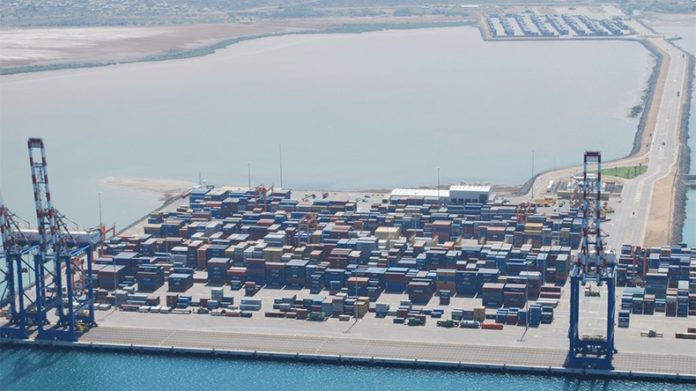 A senior Djibouti government official dismissed the accusation that the African country was “illegally induced” by a Chinese company to breach a contract with another foreign investor, stressing that Chinese investment is legitimate and helps build a foundation for its economic development.

However, Hadi said “China Merchants Port is a third party that has no connection with the Djibouti authority’s decision to terminate the deal.”

The chairman said that as early as 2011, the Djibouti government had to turn to international courts to seek to terminate the deal, claiming it was a result of corruption and, therefore, invalid.

Hadi added that in 2010, Djibouti also terminated an agreement with DP World on the management of the country’s old port (PAID). All these legal actions started way before the China Merchants Port began investing in Djibouti, he stressed.

Hadi was in Shanghai for the China International Import Expo, which is expected to last from Monday to Saturday.

The Djibouti government in February terminated the 50-year concession agreement that allowed DP World control of the country’s Doraleh terminal, one of the largest employers in the African country.

The terminal was jointly owned by DP World (33.34 percent) and a Djibouti state-owned entity, PDSA (66.66 percent). In 2013, China Merchants Port Holdings bought 23.5 percent of PDSA from Djibouti and became a shareholder of the port until Djibouti announced it would nationalize the terminal in September.

Djibouti accused DP World, which operates 78 ports in more than 40 countries and regions, of deliberately underusing the facilities in favor of other terminals along the Red Sea, Financial Times reported in October.

The Dubai company insisted that the 2006 contract cannot be revoked, citing a ruling by the London Court of International Arbitration in August, which was slammed by the Djibouti government as “inconsequential.”

“The government of a sovereign state has the right to renegotiate or terminate agreements that it regards as violating national interests or development, and the Djibouti government is not the only one that has done so,” Meng Guangwen, a professor specializing in free trade zones at the Tianjin Normal University, told the Global Times.

But it has to weigh the loss, such as compensation and possible damage to national image and investor confidence, Meng noted.

Hadi regards abolishing the deal as a worthy move, as he said the contract has made the terminal half empty while turnover at the terminal increased by 32 percent after terminating the deal.

The senior Djibouti official also referred to the African media reports as part of a campaign from DP World to smear the Djibouti government and “scare away” foreign investors. “But Djibouti will resolutely protect the interests of foreign investors and they are welcome,” he said.

Hadi also dismissed talk that China is causing a “debt trap” in the country. He said that the money to pay back the loans from China will not come from the government budget or from taxpayers.”

He stressed that the loans, which are mostly spent on infrastructure and tied with projects, are helping stimulate consumption and building a foundation for the country’s economic development as it virtually changed the investment environment of the country.

“What differentiates Chinese investment from US and European ones is that the investment comes with no political attachment and aims at developing, instead of merely taking advantage of Djibouti,” Hadi told the Global Times on Tuesday night.

With projects for the loans, Djibouti has a better capability of paying back foreign loans, said Hadi, noting that the debt-to-GDP ratio in Djibouti, which stands at around 85 percent, will drop to 35 percent in the next five years.

The latest Doing Business 2019 Report released by the World Bank has named Djibouti as one of the economies with the most notable improvement, as the country jumped from 154th in 2018 to 99th in 2019 among 190 countries and regions.