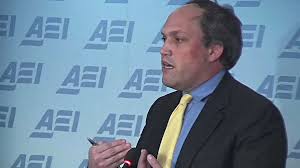 When Somali Finance Minister Abdirahman Duale Beileh visited Washington for the annual meeting of the World Bank and International Monetary Fund earlier this fall, he was all smiles. “Things are looking up … Everybody was positive,” he said, claiming progress in Somalia’s goal to win nearly $5 billion in debt relief. That debt includes $1 billion owed by Somalia to the U.S. Treasury. Whereas the Trump administration initially took a skeptical approach to Somalia’s request for debt forgiveness, it reportedly is beginning to change its tune.

Congress should be outraged. Between 1991 and 2011, Somalia received more than $50 billion in aid, and the United States has since provided it with hundreds of millions of dollars more annually in U.S. aid. Rather than rebuild their country, some Somali authorities have enriched themselves. Transparency International has ranked Somalia for more than a decade as the world’s most corrupt country. At issue now is not only forgiveness for the funds Somalia squandered, but also Somalia’s ability to seek new loans, which the government in Mogadishu signals it plans to do — with U.S. Embassy support.

Rather than gear new loans to any specific projects, Somali officials say they will seek general budgetary support. Absent any serious effort to redress corruption and perhaps even reclaim monies, such loan forgiveness only ensures more corruption. Pumping money into the central government in Mogadishu is akin to providing a blood transfusion to an accident victim with severed arteries without doing anything first to staunch the flow.

Even if Somalia’s leadership does not embezzle or divert such funds, the inflated salaries Somali officials receive in comparison to the local economy undermines Somalia’s rehabilitation in three ways, First, international subsidization of inflated public sector salaries in Mogadishu disincentivizes private sector employment in favor of a growing but ultimately unsustainable bureaucracy. Second, it risks stability in Somalia’s peripheral provinces and regions — all of which are increasingly more democratic and peaceful than Mogadishu — by luring away local bureaucrats; the result will not be to stabilize Mogadishu, which is crippled by corruption, but rather reverse progress in Puntland, Jubaland and South West Somalia. Third, it creates no incentive for Somalia to live within its means. For several years, authorities in Mogadishu have pocketed funds meant for the separatist Somaliland state and its 30 percent of the population. Rather than submit to efforts by President Mohamed Abdullahi Mohamed, known to Somalis as Farmajo, to void its own democratic elections and abandon its government, Somaliland has instead established a tax and customs system which has allowed the region to sustain itself free from the World Bank’s teat and to largely live within its means. Ironically, its standard of living now surpasses Mogadishu’s.

Debt forgiveness and the new loans which the resulting blank balance sheet would enable would also adversely affect Somalia’s democracy and security. In recent months, officials from across Somalia (including some veterans from his own administration) say Farmajo has used funding to undermine regions whose local elections have promoted opposition and competitors; the fungibility of money allows Farmajo to pay henchmen and security forces who target opponents and civil society leaders.

Just as seriously, every Somali official I interviewed in recent months by skype in Mogadishu, and in person in Nairobi, Washington and elsewhere, has acknowledged that al-Shabaab, an extremist and terrorist group which at one time affiliated with Al Qaeda, openly taxes businesses and projects, and extorts protection money from politicians and clan elders, even in the heart of the capital and within sight of Villa Somalia, the country’s White House.

The U.S. Embassy in Somalia — which is cloistered in the green zone of the international airport — and the State Department are kidding themselves if they believe new loans will not augment Al-Shabaab’s purse and indirectly pay the salaries of its recruits.

Somalia is at the tipping point. Simply throwing money at the problem will only push it over the cliff.

If the U.S. goal remains to promote democracy, security, and counter al-Shabaab terrorism, it is essential that Congress consider what the State Department will not: Foggy Bottom’s Somalia policy is deeply broken. Debt forgiveness and additional aid not only betrays the American taxpayer, but will fail to achieve its intended goals.