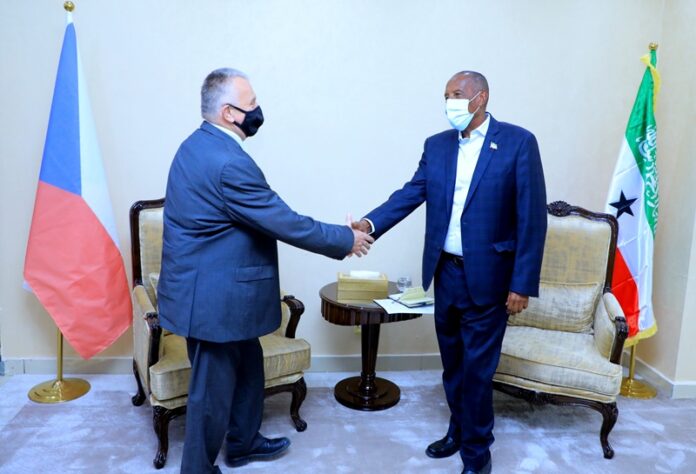 Czech Republic ambassador to Ethiopia, Amb Pavel Mikes is currently on a visit to Somaliland.

The president of the republic H.E Musa Bihi Abdi has received Amb Pavel Mikes to the presidency on Tuesday.

A press release from the presidency has stated that the two sides discussed ways to initiate formal ties between Somaliland Czech Republic.

The two sides have agreed to cooperate on technical education, trade issues and travel between the two countries.

President Bihi has reiterated that due to Somaliland solidarity that it has made tremendous progress over the past years.

He also said that due to collaboration from the government and the public would lead the country to international recognition.

It is said that the talks between the envoy and Somaliland leader ended in mutual understanding of issues discussed.