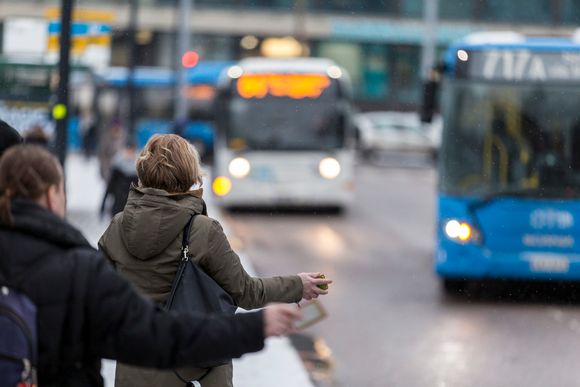 Helsinki city councillor Suldaan Said Ahmed says a major increase in Covid-19 cases in the Somali community is in part the result of class differences in Finland.

“Many Somali-background people work in low-wage jobs as salespersons, cleaners, bus drivers, nurses and so on. They don’t have the option that others have to work remotely,” Said Ahmed told Yle News.

The first-term Left Alliance councillor was reacting to concerns expressed by city officials, who issued a statement on Tuesday noting that the city had confirmed 200 cases among Somali speakers, out of just over 1,000 cases in Helsinki.

The rookie councillor, who recently recovered from the disease, also noted that Somali families often live in cramped quarters, a factor that makes it difficult for them to practice social distancing.

“There is also the issue that Somali families tend to be large — sometimes you have parents, children and grandparents living in the same small flat. In such cases, isolation is very different from in a traditional Finnish family,” he explained, and he called for a review of housing policy to allow larger families to have larger, affordable homes.

Officials said that in proportion to the number of residents in the capital, 1.8 percent of Somali speakers are infected, compared to 0.2 percent for the city as a whole. City officials as well as authorities from the Helsinki and Uusimaa hospital district, HUS, said that they are worried about the situation and plan to strengthen their efforts to suppress the outbreak.

“The situation requires cooperation among different players, additional development of multilingual services and effective targeted communication. We are in discussions with groups like the Finnish Somali League about new measures to improve the situation. We also need coordination throughout the capital region, because the situation is hardly limited to Helsinki,” mayor Jan Vapaavuori said in a statement.

Said Ahmed said that he was aware of the situation and that he had held discussions with city officials about it throughout the day.

“I have been worried about the situation for some time now and I have been warning the community since March. I think what’s most important is that the community receives information in its own language,” he noted.

He said that he knows that many individuals are doing volunteer work and sharing information via social media. However he called on the community to be more active about raising awareness.

“The community also needs to be active and to send the message to others about how to protect themselves.”

Meanwhile deputy Helsinki mayor Nasima Razmyar said that she is concerned about possible discrimination against minorities. She called for open discussion of the issue but noted that news could also lead to bigotry.

“No group should face discrimination. Today the President wrote that prejudice has been directed at over-70-year-olds, against Helsinki residents, and against foreigners. At the beginning of the epidemic Chinese and other people of Asian backgrounds also faced prejudice,” Razmyar pointed out.

She also pointed to similar instances of racism in Finland and elsewhere in Europe and called on municipalities to work with the Somali League and the rest of the community.

“I don’t for a moment think that the issue is indifference. People just don’t know enough or perhaps they haven’t got enough information,” Razmyar.

The deputy mayor noted that many Somali-background residents perform valuable service in cleaning, healthcare and as bus.drivers so many of them will be working on the frontlines of the pandemic.