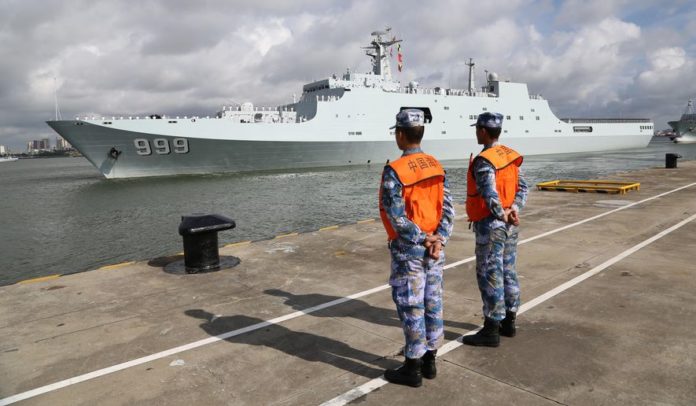 The Chinese military is guilty of “irresponsible actions” toward American forces stationed at Djibouti’s Camp Lemonnier on the Horn of Africa, a senior U.S. military intelligence officer said.

The home of U.S. military operations in the region and the biggest U.S. base on the continent, Camp Lemonnier is near the People’s Liberation Army’s first overseas military base, and the proximity has been a continuing source of tension.

Rear Adm. Heidi Berg, director of intelligence at the U.S. Africa Command, told a small group of African-based journalists in a telephone media roundtable that China tried to “constrain international airspace” by barring aircraft from flying over the Chinese military base, flashed ground-based lasers into the eyes of American pilots and deployed drones designed to interfere with U.S. flight operations.

Adm. Berg has been with the U.S. Navy almost 30 years. She was previously attached to the “military issues” command at the CIA and has served abroad in a number of conflicts.

The Pentagon formally complained to Beijing a year ago when two U.S. airmen suffered “minor” injuries suspected to be caused by Chinese-deployed lasers in Djibouti, but the other instances of harassment apparently have not been revealed.

Asked to expand on the admiral’s remarks, an AFRICOM spokeswoman in Stuttgart, Germany, said