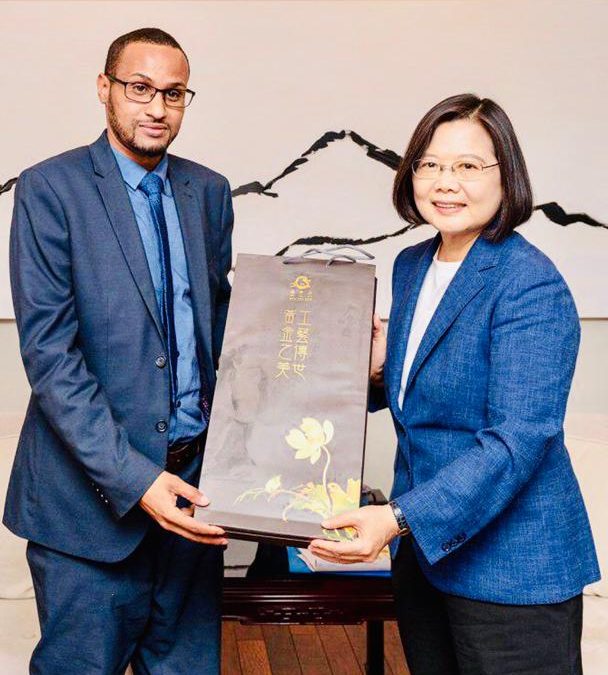 The President of the Republic of Somaliland officially appointed Amb Mohamed Hagi as the Somaliland Representative to Taiwan.

Mohamed Hagi combines considerable distinctive feats of being a professional person with extensive experience in the various fields of diplomacy, academia, policy making programmes and strategic systems of governance. He is also adept at developing a definitive guide of development goals andprocesses of public institutions. He has the ability to use a set of interrelated tools in identifying and analysing socioeconomic and political problems of public and private institutions. Mohamed is a PhD researcher in Politics and Philosophy at Manchester Metropolitan University. He is currently working on his PhD thesis on Turkey and Sub-Saharan Africa relations. He obtained a B.A (Hon) Degree in Political Science, a Post-Graduate Diploma in Security Studies and a Masters Degree in Politics and International Studies at the University of Warwick.

Through his career, he has been a Senior Political Advisor at the Ministry of Foreign Affairs and International Cooperation of the Republic of Somaliland. Prior to the foreign policy career, he worked with the Ministry of Finance Development of Somaliland as a Senior Advisor to developthe strategic planning and the macroeconomic policy reform of the ministry. He also worked with the international and UN agencies as well as international charities in Somaliland and abroad as an Executive Director, a Programme Manager and asenior policy advisor. Mohamed is currently appointed by the President of Republic of Somaliland to become Somaliland’s current Representative to Taiwan.

His B.A (Hon) dissertation titled ‘’Africa’s Unrecognised Nation-State in Retrospect and Prospect: A Quarter-Century of Political Stability with Multiparty Democracy and Economic Development in Somaliland’’, has intended to explore the disintegration of the Somali Republic, and the explanations behind Somaliland’s self-declaration for independence on the grounds of what has happened during the thirty-one years of the union together with the three decades of political dis-unification between Somaliland and Somalia. His Master’s dissertation titled ‘’The Politics of Foreign Aid in Somalia’’, explores the central theme statement of how donors such as the EU, US, UK, Turkey and the wealthy Gulf States of Saudi Arabia, Qatar and UAE utilised and used foreign aid to influence their economic and security vested interests in Somalia.

Through his academic work, Mohamedcontributes to both Somali and English speaking media and newspapers. He is a political analyst that studies the trends of the international political economy, the economic and political development systems in Africa. He is also an expert on foreign relations of the Greater Horn of Africa as he collects and analyses data in order to forecast the economic, social and political trends of Somaliland, Somalia, Djibouti, Eritrea, Sudan and Ethiopia. He also published many articles to international and regional peer-reviewed journals in which he has written on globalisation, foreign aid, ethnic conflicts in Africa, Hobbes laws of nature, foreign policy of the Middle East, theories of public policy, democracy, international security, policy papers on trade between the global south and the industrialised world. He is now working on his first book on Turkey’s Strategic Advantage in Sub-Saharan Africa.