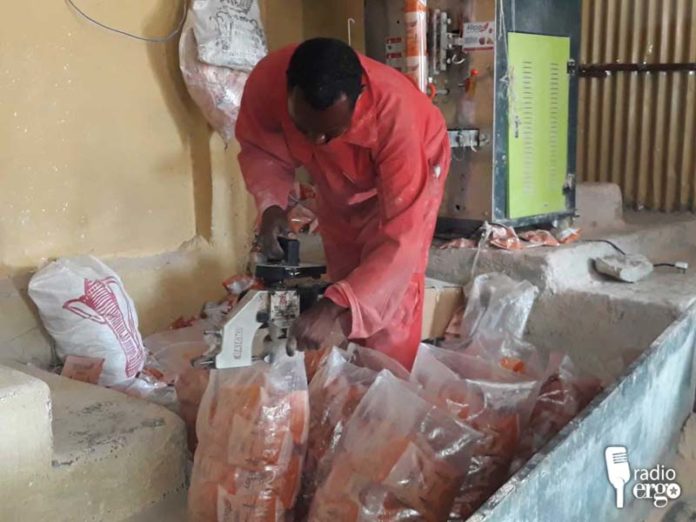 A new flour milling plant in Somaliland is providing a reliable source of income for farmers to sell their grain, as well as affordable flour for the consumer market.

The plant, set up by investors in Somaliland, sources raw grain from farmers and mills maize, millet, and wheat mixed with groundnut and sesame into flour for sale in various sized packets.

The company’s public relations officer Ahmed Abdi Omar said much farm produce has been going to waste because farmers could not sell their grain before it perished.

“We first considered the productivity of the farmers and saw a good opportunity to benefit the farmers and the company. We bought a few bags of gain and processed it to test the market. Today, we are milling over 100 bags of different grains daily,” Ahmed said.

As well as flour for human consumption, the mill processes animal feeds from husks and plant remnants.

Farmers are finding the new mill helps them to concentrate on production.

“We used to sell our grain in the markets. I am happy now and satisfied with the price the millers offer for our produce.

“We will try to plant more grain now that we do not have to worry about getting markets for our produce. Many farmers have now realized the benefits,” Omar explained.

The farmers formed a committee to negotiate with the milling company over the price and terms of payment for grain. The committee selected three people to gather produce from the farmers and transport it to the company’s headquarters in Hargeisa.

The mill has four vehicles to distribute its products to homes and shops.

KhatarAwil, a trader in Abaye, welcomed the company’s contribution to the market.

“They provide readily processed products packaged in plastic bags and many people like it this way. We used to weigh and pack grain into bags for sale which was a tiresome process,” Khatar told Radio Ergo. “A quarter of a kilogram of flour processed by the mill sells at 1,000 Somaliland shillings ($0.12).  The price is affordable locally, Khatar said, amid means people do not have to mill the grain themselves.

AbdikadirYussuf Abdullahi, who lives in Awdal region, works as a middleman buying cereals from farmers. He is paid a commission by the milling company for collection and transportation of the farm produce.

As a farmer himself, Abdikadir told Radio Ergo this new mill has enabled local farmers to compete more effectively with the imported flour coming in more cheaply from Ethiopia.