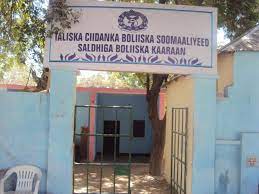 Grenade attacks targeted seven police stations in Somalia’s capital, Mogadishu on Tuesday and a search carried out by security forces has led to the arrest of five suspects, a spokesman for police Abdifatah Adan Hassan said.

The police official told a press conference in Mogadishu that seven police stations in six districts of the capital had been hit by the attacks and that most of the grenades had missed their targets injuring four people.