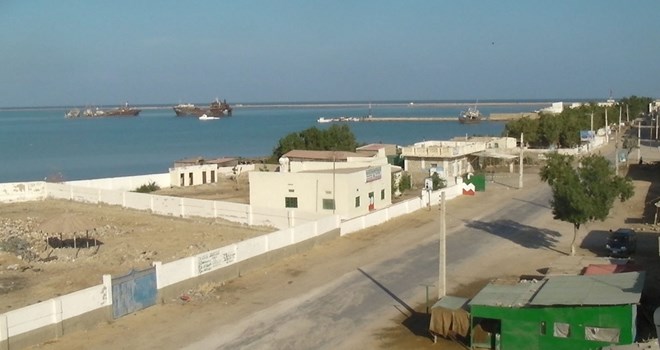 The expansion of the Somaliland’s port of Berbera is brewing tension between the Somaliland government and Somalia over the ownership of the territory.

“We are an independent nation and are focused on changing the livelihoods of our people by working with partners who are ready not only to help us but also work with us,” he added.

The president said: “DP World is a big international company that dared to come to Somaliland, and I hope that a lot of other companies will follow,” he said.

The first phase of the $101 million investment will see the port yard expanded by 250,000 square metres and modernise its facilities. Total investment of the two phases will reach $442m.

The port’s current capacity is around 150,000 twenty-foot equivalent units (a measure of ships container carrying capacity) and is set to expand to 450,000 TEUs once development is complete.

DP World will also create an economic free zone in the surrounding area, targeting a range of companies in sectors from logistics to manufacturing, and a $100m road-based economic corridor connecting Berbera with Wajaale in Ethiopia.

The DP World Chief Executive Officer says the modernisation of the port will see Berbera regain its right as an important port and a crucial maritime transportation route.

“Our aim is to make this an important regional hub for the maritime industry in the Horn of Africa,” he said.

He said DP World will create a magnate that will attract cargo to Berbera which is one of the many ports in the world that the company is managing and ensure ships utilise the facility.

“This port will turn around the economy of Berbera, Somaliland and the horn of Africa. Berbera has the potential of growing like Dubai which also started as a small port,” he said adding that DP World will develop a free zone at the port to make it attract business and employment opportunities.

The investment, he said will benefit the government in terms of income generation. “The price of land close to the port has increased and hotels and houses are already coming up, which is a good sign. There will be more trade and foreign investment thanks to the stability and peace in the country.”

DP World holds a 51 per cent stake in the Berbera Port, while Ethiopia holds 19 per cent and Somaliland the rest. In recent years, DP world has stepped up its investments in Africa in order to capture the continent’s growth potential.

President Bihi Abdi said: “Connecting to landlocked countries such as Ethiopia and the rest of the region will reinforce the firm relationships that now exist and make Somaliland an important player in regional economic integration and growth. The importance of the Port of Berbera as a Red Sea gateway for the Middle East and Africa can now be realised, unlocking our potential as a trade hub and creating jobs across the country.”

The signing of the contract and expansion of the Port has received opposition from Somalia, which believes its sovereignty is being violated. Somali government says the deal has “bypassed the legitimate authority” of Mogadishu.

In April this year Somalia’s Foreign Minister, Ahmed Isse Awad, said: “We are asking the DP, the Dubai Ports to reconsider these agreements, particularly the one in Berbera (port) since Somaliland is claiming to be an independent state from Somalia. We do not want the Somali sovereignty and territorial integrity of Somalia to be violated. So we call to the United Arab Emirates and to the Dubai Ports to reconsider the agreement and go through the legitimate authorities of Somalia.”