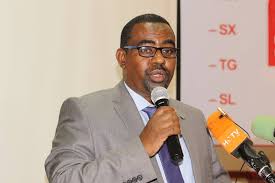 Somaliland government announced that Berbera Corridor will officially kick off on the 15th of March this year. The minister for Roads and Transport, Mr. Abdilahi Abokor Osman made the announcement at function held for formally launching the project. The deputy Somaliland president traveled to the UAE whereby meeting with state minister for foreign affairs, Anwar Qarqash and reached a common understanding that the work of Berbera Corridor is to begin.  The UAE pledged to carry out infrastructure projects in Somaliland.