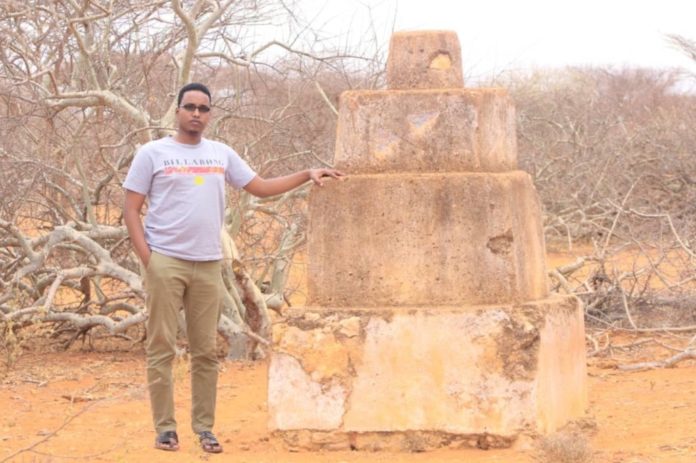 On a sunny October day in 2019, I landed at Garowe’s Gen. Mohamed Abshir airport. I had visited Garowe several times in the past, however, this was the first time I had used the city’s new airport. This was the beginning of a three-week trip. During this period, I visited the disputed towns of Badhan, Buuhoodle, as well as Gaalkacyo (North).

We left Garowe early in the morning and headed to the east. The Garowe-Bosaso tarmac road, constructed by the Italians in the late 1980s, was damaged by the rain floods and needed urgent reconstruction.

We stopped over in Qardho, a quiet, beautiful old district for a coffee break before we had lunch at Alhamdulillah village. We went through Carmo and other townships. At Ceel Daahir (formerly Ceel Doofaar), which is 350 kilometres distant from Garowe and 90 kilometers to Badhan, we veered off from the main road and turned towards Badhan. The road to Badhan had been terrible in the past, but now the 90 kilometres road between Ceel Daahir and Badhan is in a better shape. a corrugated road. Parallel to the road was the beautiful Golis mountain range. Sanaag is undoubtedly one of the most beautiful regions in Somalia.

Badhan is an old city and the legacy of the British is still evident. Water tanks are built in front of houses, and almost every house has two doors (front and back). This was the house style used by the British who lived in and administered the town up until more than half a century ago.

Access to water is and has been a problem for the people that live in Badhan. Rain is the main source of water for the community in the town. Therefore, there are large water tanks dug in front of every house.

For Puntland, Badhan is the capital city of Sanaag region (Puntland divided Sanaag into two regions namely Sanaag and Haylaan in Eastern Sanaag with Dhahar being its capital). For Somaliland, Badhan is a region and is the capital of Badhan, Laasqoray and Dhahar districts. However, the city was administratively under Puntland state at the time of my visit. A new district council was formed by the Puntland state shortly after my trip to the town.

Badhan was once a centre for Sayid Mohamed Abdulle Hassan, the leader of Dervish movement. I visited the same borehole used by the Sayid and his forces. A friend who accompanied me on the visit told me that the borehole was the second place bombarded (in Somalia and the Africa continent) by the British Royal Air Force (RAF), targeting the Sayid in the early 1920 – Jiidali near Ceerigaabo being the first and Taleex being the third target. “Biyo la hubo waa Badhan” is a well-known saying that Sayid Mohamed Abdulle used to describe the water and borehole in Badhan (though the phrase itself was composed by someone else). My friend elucidated for me where the Sayid’s horse used to be caged and where his forces used to stay to safeguard the town.

The self-reliance of Badhan community to provide basic social services was very interesting to me. I visited a community school – Al Furqan Primary and Secondary School, that has been functioning since 1997. I spoke to the senior class, shared my educational journey and encouraged them to study hard. In addition to the schools, Badhan public hospital is another success story for the Badhan community. The hospital land has not been claimed by anyone (as happened in many other towns) after the fall of the military government, and the community managed to construct sections of the hospital gradually over the years. The city has also a beautifully constructed university, Maakhir University, financed by the Kuwait Fund for Arab Economic Development (KFAED). 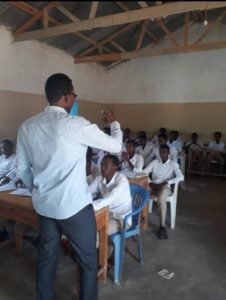 I truly enjoyed the fresh air, a good night’s sleep, the fresh camel milk, and the simple life in Badhan.

Between God Qaboobe and Tukaraq, there are two checkpoints manned by Puntland and Somaliland forces respectively. They are very close to each other. After crossing the Puntland checkpoint, the driver parked the car, changed the vehicle plate number to a Somaliland one (each vehicle in the area uses two plate registration numbers). A Puntland soldier at the checkpoint watched the driver change the plate number.  This was normal occurrence.

We had lunch in Las Anod, a growing city. It is the town where Somalia’s second president Abdirashid Ali Sharmarke was murdered 50 years ago this month (15 October 1969).

Similar to Puntland, the tarmac road was damaged by recent heavy rains. We veered off the tarmac road at Samakaab. It zigzagged and was rough, and the trip took many hours. While travelling back to Garowe, the driver showed me the foundation of a mosque and houses between Samokaab and Dhaman-Saar villages. He told us that this area, now empty, was once inhabited by a community, though no one knows when or who they were.

Buuhoodle has no proper ‘state’ administration. It has a natural peace maintained by the elders. The diaspora invests in businesses in the town. It has better services and bigger businesses compared to Badhan, but it shares similar political challenges – being in the periphery of both the Somaliland and Puntland administrations.

I had the opportunity to visit the exact place Sayid Mohamed Abdulle Hassan was born. The place is called Sacmadeeqa and is about 19 kilometres from Buuhoodle. There is a monument built after his death in the same rural place that the Sayid was born. We parked the vehicle in a distant location as there was no proper road to the monument. One family with livestock was living there. We talked to the father of the family; he was a generous old man. He asked us to stay with him so that his daughter can prepare tea for us. He also felt sorry that his son who could have slaughtered a goat for us was not around. That gentleman also told me that Caraale and Cali-Geri sub-clans of Dhulbahante are the most frequent visitors to the birthplace of Sayid Mohamed Abdulle. These, I was later told, were two of the most loyal forces for the Sayid. Coincidently, the monument for the Sayid along with memorials for Dhagax-tuur, Xaawo-Taako, Ahmed Gurey and the SYL were revitalized this month in Mogadishu. 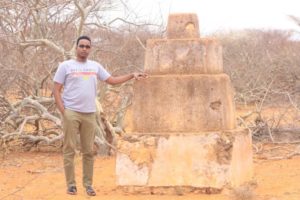 One of the things that I found in Buuhoodle is that people eat lunch before the Dhuhr prayer. In many restaurants, lunch is finished at around 1:00 PM. A nice and green restaurant was recently opened in the town; I enjoyed much its food and fruit.

Galkacyo is located 230 kilometres from Garowe. The road was rough, and unfortunately, due to alleged corruption, the German-government’s development agency (GIZ) recently terminated the EU funded road maintenance project to rehabilitate parts of Garowe-Gaalkacyo corridor. The overland trip usually takes around 5 to 6 hours as a result of the low quality of the road.

I had been to Galkacyo several times in the past, but I almost always used to stay in the southern side of the city. 6th October 2016 was the last time I was in Galkacyo (south), researching the drivers of conflict in and around the city. That day, fierce fighting broke out between Puntland and Galmudug fighters in the town. Over 50 people were killed. I witnessed the hate and negative views between the brothers in the northern and southern sides of the city that morning. It was a dark and painful day on which many Somali lives were lost.

I managed to escape from the city and safely arrived that evening in Adado, the interim capital of Galmudug at that time. Ahmed Duale Gelle, who later became Galmudug President, was among those I met and interviewed in Adado on the Gaalkacyo conflict. He was competing for a parliamentary seat and was later defeated by Ahmed Moalin Fiqi. From what I had seen in Gaalkacyo, I could not imagine that Haaf would replace Abdikarin Guled and play a leading role in bringing peace and stability back in Gaalkacyo.

The town is now peaceful, and some of the people I met in the north appreciated the leadership role of Ahmed Duale Haaf and Maj. Gen. Abdiweli Jama (Gorod), the former Chief of Defence Forces. The latter, who is also from Gaalkacyo, made efforts to bring and maintain peace in the city.

It was great to witness a peaceful Gaalkacyo, with people acknowledging and appreciating the efforts of each other. Maintaining that hard-won peace should be the least that successors in Puntland and Galmudug leadership could do for the city.

Gaalkacyo business is thriving and is well organized. There are separate markets for different products: clothes, meat, fruits, and vegetables. 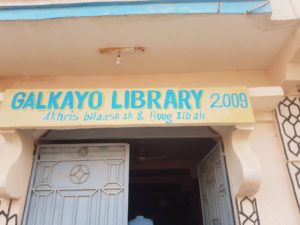 Books are replacing bullets. I visited Gaalkacyo Library, a library and also a bookshop. The slogan at the front door of the library reads: “akhris bilaash ah & buug iib ah”. I bought two books from it at a price cheaper than some bookshops in Mogadishu, I’m not joking!