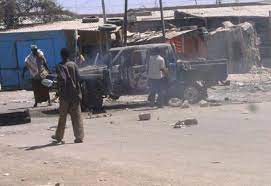 Heavy gunfire erupted overnight in the town of Lasanod in eastern Sool province of SL after rebel assailants stormed military and police camps on Wednesday.

The assailants that claimed responsibility for the night raid identified themselves as members belonging to Khatumo.

The rebels are staunchly opposed to Somaliland troops presence in Sool and Sanaag regions.

Lasanod is a town located about 540 km east of Somaliland capital Hargeisa which has been under the control of Somaliland for more than decades.

The assailants and SL troops exchanged heavy gunfire that lasted for a period of hours on Wednesday night before the attackers retreated to an area outside the town.

Casualties on both Somaliland troops and the assailants have not been immediately known and there were no reports of civilian casualties.

Somaliland and Khatumo insurgency entered into an agreement during Silanyo’s presidency which called for cessation of hostilities in the region and a return to peace for the eastern regions in Somaliland. The truce has not been implemented by the current administration headed up by President Musa Bihi Abdi.