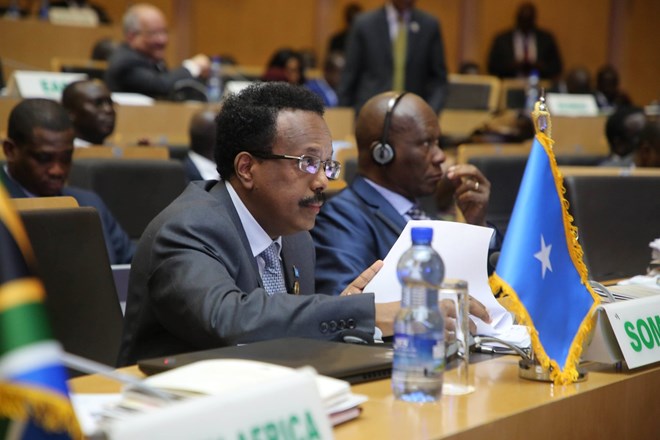 United Nations (UN) should lift arms sanction on Somalia in order to fight against Al Shabab militant, Somali president had said addressing the Heads of States and governments during the 33rd ordinary summit of the African Union in Addis Ababa.

Farmajo said Somalia is committed full responsibility of its security forces adding the country needs to better equip its military.

Last November, The UN passed a resolution extending, a more than a decade long arms embargo on Somalia by 1 year, saying the move was aimed at preventing Al Shabab from acquiring in arms chemical and bomb making components.

A panel of experts from the UN said recent investigations had shown that Al shabab was manufacturing explosives locally and like in the past where they relied on experts and materials from outside of Somalia.

The move was strongly opposed by Somalia’s government saying the arms sanction were restring Somalia’s ability to acquire weapons necessary to defeat terrorism.

The embargo was first imposed in 1992 through resolutions 733 and updated through various resolutions.

They include Service Air Missiles and certain guns.

Until 2013, Somalia had also been banned from receiving military training or equipment from outside entities the committee on sanctions on Somalia permitted.

Currently the UN allows exceptions if supply or advice is to support the Somalia’s national army capability.