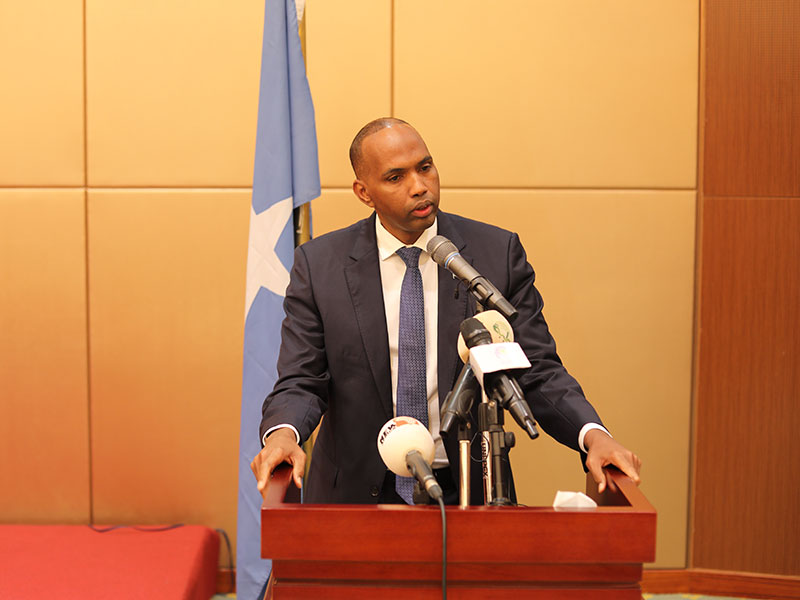 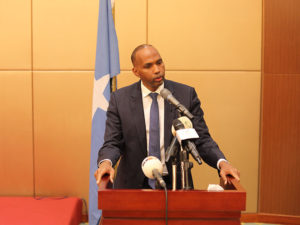 Recent arrests of high-level public officials in Somalia over graft amid tough anti-corruption talk by the country’s Prime Minister Hassan Ali Khayre have left many observers wondering how far the purge would go and whether the momentum would continue. The latest graft-related arrests occurred on Saturday when the head of Mogadishu Port Tax Authority Ahmed Ali Samow and 9 other top officials were nabbed for allegedly diverting taxes collected from the busy sea port.

The port arrests have attracted considerable public attention since the sea port is the highest revenue earner for the Federal government of Somalia and is believed to be a hotbed of graft with tax funds ending in private pockets.

On Saturday also, top diplomats of Somalia’s embassy in Khartoum were recalled home amid allegations of graft and mismanagement. A circular from the Foreign Ministry ordered the diplomats back to Mogadishu for “consultations” following a directive from the PM. The move came barely 10 days after the PM’s visit to Khartoum where he heard complaints about the alleged poor management of the country’s embassy and ordered investigations. Earlier this month, Somalia’s Deputy Minister for Foreign Affairs Mukhtar Mahad Daud was also suspended by the country’s PM and arrested over allegations of fraud and abuse of office following a 4-month probe. The official has denied wrongdoing.

Last month, Dahir Mohamud Nur, the Director of Internally Displaced Persons (IDPs) resettlement programme was also arrested for allegedly plundering $84000 public funds that had been donated by the United Nation’s World Food Programme (WFP). In the same month, the PM dismissed the Religious Affairs Minister Hassan Maalim Hussein less than two months after his appointment without disclosing the reason, fueling public speculations. Shortly after the sacking, the government announced the decision to end the lucrative monopoly on airlines regarding transportation of thousands of Somali nationals for the Muslim annual pilgrimage (Hajj) to Mecca, opening the market to all travel agencies. There had been public outcry as pilgrims complained of unregulated hajj fees. However, none of the arrested officials have been charged in court yet but observers note that the arrests are significant since it is the first time anti-graft arrests have been carried out by any Somali government since the country imploded in the early 1990s.

The ongoing graft-related arrests come in the backdrop of increasingly tough talk from Khaire’s administration against graft. Last week, the PM said that government officials, including cabinet ministers, will be held accountable if public resources are lost through corruption. “I will not allow this country to be governed through corruption. I hereby send a stern message to every Somali national, whether a minister or a member of the public, and who intends to loot the public resources, we will come after you,” PM Khayre said. Recently, the Prime Minister publicly admitted that graft is still widespread in government institutions and promised to take action to tackle the vice. “I still believe that the revenue that should be going to government coffers to be used for building health and education facilities and provide other services is being lost due to corruption,” he said. “If all segments of the population don’t play their role in tackling graft, the government alone can’t do it but if no people in government are arrested and jailed over graft then, we will not be telling the Somali people the truth that we are fighting graft.” Khayre’s administration has submitted an anti-graft bill to Parliament, which seeks, among other things, to build an independent body to tackle corruption. The bill has been approved by the lower House of Parliament and is now before the upper House which has conducted public hearings. It is expected that the bill will become law within two months.

By ratcheting up the fight against graft, observers say that the Somali government is seeking to increase government revenue and also hoping to win the confidence of international community to secure lucrative benefits such as debt relief worth billions of dollars owed to the World Bank, Internationally Monetary Fund and others. The country owes an estimated $5.5 billion to international creditors. Somalia is among countries perceived to have the worst levels of graft according to NGO Transparency International. Last December, the United States government suspended food and fuel aid for most of Somalia’s armed forces over corruption concerns. However, observers are wondering how far the anti-graft purge would go in the higher echelons of government and whether the tempo of arrests and prosecutions would last. Among the challenges the war on graft is expected to come face to face with is the clan-based structure of the Somali Federal government where clans often come to the defense of their brethren facing graft allegations and potentially destabilizing the political situation.