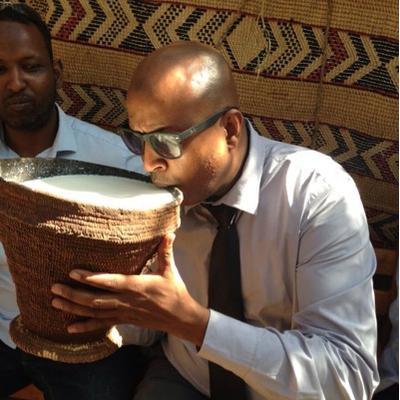 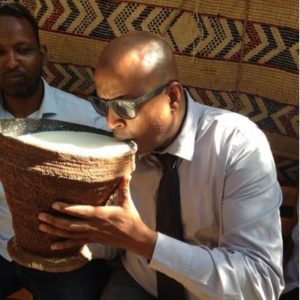 Let me start with the fact that Somaliland territory is inviolable, never to be broken, infringed, or dishonored, inalienable, absolute, untouchable, unalterable, unchallengeable, unbreakable, impregnable and, therefore, shall not be trespassed upon. The territory of Somaliland nation is inviolable, and shall not be trespassed and whoever tries to violate it will be dealt with severely.

Many Somalilanders Including myself believe that Mr. Michael Keating, the United Nation special representative of Somalia/Somaliland is part of the Somaliland and Puntland conflict and we have many reasons to believe this, the first example is the fact that when he was in Garoowe recently, he had the guts to say that Somaliland army needs to move back from their god given boundary, On top of that he never expressed his objection against the attacks and the innocent people dying from both side of the border.
We are extremely concerned about this. How on earth he can utter such words when he knows where the border lies. Keating, whom I believe is part of the conflict has never expressed his protest against the aggression that Somalia is threatening the peace and stability of the entire region. I strongly denounce the behavior of Keating for not being neutral in this situation and once again I try to recall him that the UN has failed to understand the complexity of the situation on the ground and the legal argument of Somaliland.

Problem number one is Farmaajo

Farmaajo tried his luck when he presented an ultimatum condition to the Saudis who were trying to mediate between Somalia and UAE, those conditions were that UAE cancels all agreements with Somaliland, which he claimed was part of Somalia, meaning DP WORLD Berbera agreement and Berbera UAE military base agreement which was impossible to be cancelled by both UAE and Somaliland. That was Farmaajo plan A and now he is trying his plan B which is to attack and cause problems for Somaliland which he failed so far.

Somaliland is a country that existed since 1960, Somaliland have every right to do whatever that suits the country, we will also sign other numerous investment agreements from UAE, Bahrain, Saudi Arabia and any other interested countries for wide cooperations and investments, therefore, Farmaajo, Keating and Gaas can explode.

This is NOT a skirmish of a weak and failed state.

Farmaajo and his hooligans with very deep tribal and expansionist tendencies are collecting an army and young children and steering a tribal conflict.

Farmaajo should concentrate on abolishing these five or six regional states that he failed for their restraint.

But NO…he is executing the dream of his uncle AFWEYNE.

1974 Afweyne in collaboration with his tribal uncles moved thousands of Somaliland clan out of their state, claiming there was a terrible drought there, but, ended up putting them in concentration camps with military guards, just like the Germans did in WWII.

These camps were in an area infested with mosquitoes, poisonous snakes and scorpions. Thusly, if one doesn’t get them the other would. These camps were; Dujuma, Sablale, Kurtin Warey and Baraawe.

The plan was to take over the whole Somaliland territories and move inward with his tribal uncles and brothers. But the people broke out and moved back home to start a new life.

What came after was the bombing of Hargeisa and destroying life in BURCO and Berbera and Caynabo and even kill innocent nomads who did not know what was going on.
For years, our people lived in camps in Ethiopia and the rest of us who could afford to flee started scattering all over the globe, unfortunately in 1988 few thousands of SNM men came and overcame the mighty Somali army who were classed as the strongest army in Africa
And so our people came back and started building the country from the ashes.

Today we have a democratic and a beautiful country and a better life which was made with blood and sweat.

Now Farmaajo is making the same bloody mistake that his uncle AFWEYNE took, he is sending dozens of weapons and money to Puntland from Mogadishu and Jubaland. The strange part is that they have come out into the open and are getting together to try and complete their uncle’s dream. This guy in Jubaland even collected an army recently and wanted to send them to Puntland to help them attack to Somaliland but the Ethiopians found out and blocked them from traveling to Puntland. Just last week a full ship of ammunitions and heavy weapons came to Boosaaso port by Farmaajo.

To my understanding surrounding the above combined scenarios from Jubaland, Puntland and Jigjiga, this is an expansionist hidden agenda of the mentioned trio, but,thanks that we possess an excellent fifty thousand well trained strong armed forces and five million people who will not hesitate to support and defend this great nation once again as we did defend before with a few thousand men with little weaponry or ammunitions, We are fortunate enough to know and understand their agenda today and are ready for it.

Also Abdiweli Gas is the problem number two for this conflict and the reason for this is the fact that his term in office is finishing or coming to an end soon and therefore seeks a second term in the office, the people of Somaliland and Puntland region of Somalia has always maintained a good relation together and the two people used to cross the borders with no fear and full of confidence

The Republic of Somaliland is bordered by the Gulf of Aden to the north; Somalia to the east; the Federal Republic of Ethiopia to the south and the west; and the Republic of Djibouti to the north west. The territory of the nation is inviolable, and shall not be trespassed upon.

The international boundaries of the Republic of Somaliland are set out in Article 2  of the Somaliland Constitution as follows:

Since 1991, the REPUBLIC OF SOMALILAND sets out clearly the international boundaries which were delineated under a series of international agreements.

Briefly, the international boundary between Somaliland and Ethiopia was based on the 1887 agreement between Britain &  reached Ethiopia. The Treaty consisted of a formal convention of six Articles and annexures containing, among other things, an exchange of notes, which, according to Article 2 of the Treaty shall determine  the frontiers of the “British Protectorate on the Somali Coast”.   The exchange of notes took place during the same year and the final letters were annexed to the treaty by 8 December 1887. A boundary demarcation commission met in January 1932, and started the work on the ground setting up boundary lines, roads and bollards. but on its independence on 26 June 1960, the new Constitution of the independent STATE OF SOMALILAND defined the territory of Somaliland as “all that territory which, on the commencement of the Constitution, is comprised in Her Britannic Majesty’s Protectorate of Somaliland” (s. 2(1)). The Somaliland – Ethiopia boundary,  runs for 463 miles  from  at the 8 N. 48 E. (the tripoint of Somaliland-Eithopia-Somalia) to Madaha Jalelo at the tripoint of Somaliland-Eithopia-Djibouti boundaries. The demarcation of the boundray and its marking with bollards was undertaken in the early 1930s.

Somaliland is of course addressing peacefully the issues relating to neighbouring clan based Puntland region of Somalia and its claim on swathes of Somaliland territory on the basis of clan kinship with Some of the Somaliland communities in the eastern regions of Sool and Sanag. The salient point though is that all the other Somaliland clans also live in areas that straddle the boundaries that  Somaliland has with either Ethiopia or with Djibouti, and similarly members of the same sub clan Puntland bases its claim on also live in the far south of Somalia, as well as across the boundary in Northern Kenya, therefore Puntland needs to stop claiming part of Somaliland territory.

Therefore we would like to inform The United Nations, African Union, European Union, Inter-Governmental Authority on Development, Ethiopia, Italy, Sweden, the United Kingdom and the United States and all the free world that we are extremely concerned by recent Farmaajo’s nasty political and security developments in the eastern part of Somaliland and that we will defend our god given and hard-earned political, economic, and security achievements in Somaliland that we enjoyed for the past 27 years.
We will not tolerate anymore attacks from Somalia, any activities that increase tensions leading to possible violence should be avoided at all costs.

Somaliland government is ready to engage a respectful discussions in the coming weeks and to use constitutional and peaceful means to resolve any differences.

Farmaajo, Abdiweli gaas and Keating’s unbalanced policy and strategy against Somaliland will never discourage the Somaliland citizens who built this great nation.

Your bad policy and sad strategy towards Somaliland will only make the already great Somaliland more greater.

Somaliland is the only functioning constitutional democracy in this troubled region without any international input and assistance, therefore the three of you will take full responsibility for what will happen in the region and its consequences.

Polite notice to Karmaajo, Be aware that your hatred policy and strategy against Somaliland will never discourage the Somaliland citizens who built this great nation which is the only functioning constitutional democracy in this troubled region without an international engagement and assistance. Therefore , you will take the responsibility for what is happening in the region and its consequences as well.

Today’s commemorates, 27 May 1988, the Day of reckoning for the military dictatorship in the Somali Republic.