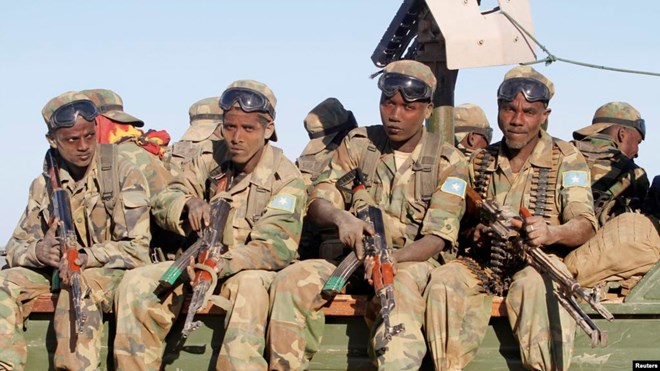 Mogadishu, 06 August 2019 — The African Union Mission in Somalia (AMISOM) forces, working in joint planning and operations with the Somalia Security Forces (SSF) have liberated the town of Awdheegle in the Lower Shebelle region from Al-Shabaab terrorists.

For years, Awdheegle was a base where the terrorists assembled, planned and launched their activities. But the town has now been liberated.

The swift and decisive operation to capture Awdheegle is part of the continued offensive against Al-Shabaab terrorists, carried out through joint planning and execution by the brave fighting forces of AMISOM and Somali Security Forces.

“This successful mission is yet another demonstration of the growing and increasing capabilities of the Somali Security Forces and further proof that given the right conditions, the Somali National Army (SNA) is capable of executing successful anti-terror operations and can take over security responsibility of their country”, said Ambassador Francisco Madeira, the Head of AMISOM.

He explained that capturing and holding grounds are central to the delivery of justice to all Somalis who have been victims of the brutality of the terrorists for far too long.

He emphasised that AMISOM and Somali Security Forces will continue with liberating areas currently under the control of terrorists with the aim to restore the dignity of the people of Somalia and provide them with the opportunity for a better life.

In Awdheegle, the security forces are currently conducting patrols, securing critical infrastructure such as roads and schools.

Since April 2019, AMISOM and the Somali Security Forces through joint planning and operations have captured Al-Shabaab strongholds including Sabiid and Bariire in the Lower Shebelle region.