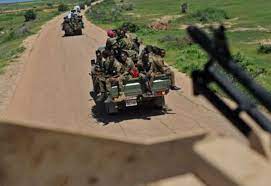 Al Shabab militants in Somalia said on Tuesday that its fighters had overrun a base manned by Somali army and Southwest regional state troops near the town of Baidoa.

Islamist fighters took control of the base and the town of Daynunay, about 18 km from the town of Baidoa- the administrative capital of Southwest state, the Islamist militant group’s affiliated media said.

Casualties have not been immediately known and there was no independent confirmation of the group’s claims.

The town has changed hands between rebel insurgents and pro-government troops over the past years.

The dawn attack which took place on Tuesday comes as the regional state prepares to hold parliamentary elections and registers candidates vying for a number of seats allocated for Southwest state.