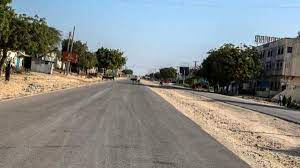 Al Shabab militants have taken over a key town close to Somalia’s capital Mogadishu on Thursday.

Militants attacked the military base in Bal’ad, 30 km north of the capital Mogadishu, triggering fierce fight with gov’t troops and Hirshabelle regional forces before managing to capture the town.

Locals said that the Islamist fighters were seen patrolling the streets of Bal’ad after troops have left the camp.

The town changed hands between militants and the government multiple times within this year.

Two people among them a soldier killed and five others wounded.

Al Shabab said its fighters had captured a vehicle belonging to a local MP.

Militants claimed that they had repelled an attempt by Burundi’s AU troops to recapture.

Gov’t troops have returned to Bal’ad hours after its fall to the militants.