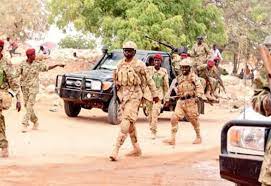 A barrage of more than 10 mortar shells hit the base early on Sunday before fierce exchange of gunfire ensued.

Al Shabab claimed to have killed 8 soldiers and destroyed a military vehicle in the attack when regional forces trying to chase the fighters, who had launched a mortar attack, were ambushed.

It was a week ago when the militants carried out similar attack targeting the base which was set up to prevent Al Shabab raids in the coastal city of Bosaso.