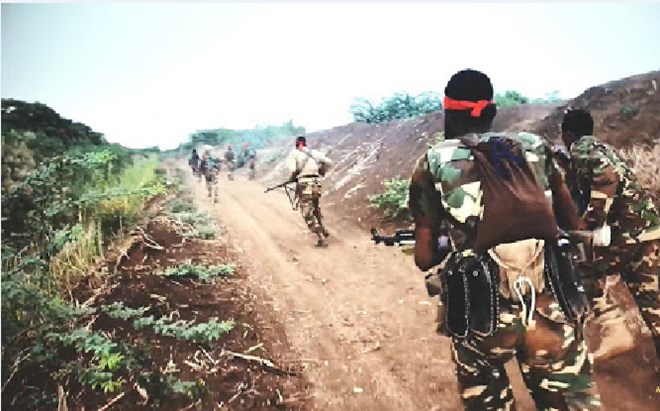 The Al-Shabab rebel forces made a military incursion into Bal’ad, Middle Shabelle today. After a few minutes of exchange of gunfire, the Somalia’s army retreated into the AMISOM garrison nearby.

Following the suppression of the main institutions in the town, including the prison, the Al-Shabab militants broke into the prison and set hundreds of prisoners free.

The clash resulted in both military and civilian casualties, but no official report is yet to be released. The militant group also confiscated cars and burnt down government offices after they took control of the town. Residents say that Al-Shabab now roam freely in the town.

Not too long after, gunfire was again heard by residents of the town who claim that it was the Burundian peacekeepers, a part of AMISOM, firing back at Al-Shabab to halt their advancement.

Late last year, Al-Shabab overran the military bases in this town and took control. Report stated that they burnt down some cars and seized others during the attack.

Currently, Al-Shabab controls the town although reports say that they have begun to retreat into the jungle lest further deployments of the army head to Bal’ad.