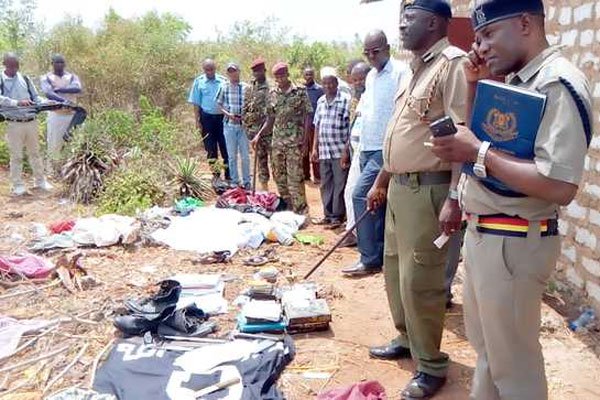 The ragtag Somalia-based Al-Shabaab militia remains a security threat, with active cells in Kenya’s northeastern counties although its capacity to stage regular attacks has been diminished, the Nation can reveal.

The organisation has in the past few weeks focused on targets in the border regions of Mandera, Wajir and Garissa where it has killed police officers and soldiers with home-made bombs.

The Yumbis Border Patrol base in Garissa was the latest to be attacked, last Friday. Police, with the help of special forces, killed three of the attackers and repulsed the terrorists.

A security alert seen by the Nation had warned of impending attacks in parts of Mandera and Wajir towns.

In a separate incident on the same day, an unidentified man was shot dead after he attempted to snatch a rifle from a soldier keeping guard at the Wajir army base. No documents were found on him.

“That is not a problem in Wajir alone but along the entire border from Mandera down to Lamu, but we are very much aware and doing what is expected of us,” said Wajir County Police Commander Stephen Ngetich.

A senior security officer said Al-Shabaab could be retreating due to heightened operations in their perceived territories.

The two are yet to be found, with the government only indicating that everything will be done to secure their freedom.

The Nation has also learnt that clan rivalry, politics and infighting within Al-Shabaab in Somalia are fuelling unrest, tension and attacks in the northeastern region.

The conflict, pitting the Marehan against other clans based in Somalia and along the Kenyan border, has led to an increase in Al-Shabaab activities in the area. The conflict has played out specifically in the Gedo region in Somalia.

Further, there has been a rise in the number of kidnappings of herders in the northeastern region in a bid to arm-twist the other clans into submission in an ongoing supremacy battle.

“The militant group has capitalised on clan dynamics and the porosity of the border to run numerous illegal businesses dealing in contraband goods, trade in weapons and human smuggling. The Kenyan government is continuing its plan to build the border wall and Al-Shabaab has seen this as putting an end to their business,” a source said.

Confidential government dispatches reported that on June 19, at least 18 Al-Shabaab militants were reported hiding between Bojigarsa and Mansa in Wajir County with the intention of attacking security postings in Kutulo, Mansa and Bojigarsa.

Their main target was said to be National Police Reservists (NPR) personnel patrolling the area.

The terrorists were said to be under the leadership of Abdirashid Ibrahim Osman, from Kutulo in Wajir. Last week terrorists raided Konton centre in Wajir East, targeting NPRs.

“The NPRs fought their attackers as locals fled the town. The NPRs ran away after running out of ammunition,” a filed security report seen by the Nation shows.

“I urge residents to desist from these acts and instead be patriotic. You are the ones who suffer the most since all economic activities stall in times of insecurity,” Mr Birik told residents of Khorof Harar in Wajir County.