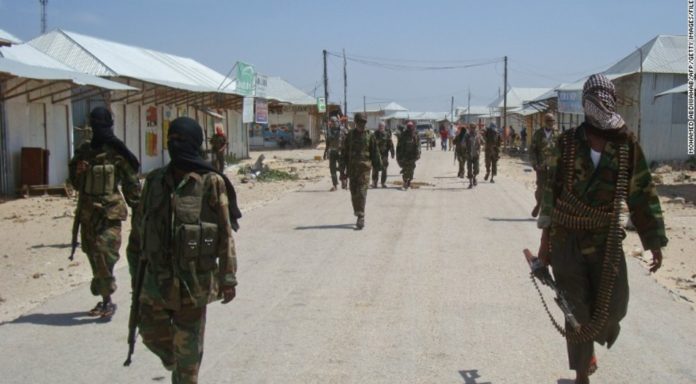 The Al-Qaeda-linked Al-Shabaab militants have taken over a strategic town close to the capital Mogadishu after government troops withdrew from the area.

The heavily armed and seemingly revamped fighters took control of El-Gelow village located in the Middle Shabelle region early in the wee hours of the morning as is their mode of operation. The militants did not meet any resistance from the weakened SNA troops who had withdrawn. Reports indicate the SNA withdrew from the village upon getting word that al Shabaab was approaching and seeking to gain control of the strategic position.

The village which lies about 30 Kilometers from the Somali capital, Mogadishu is vital for the movement of people, goods and services in the volatile region. The incursion was announced by Abdiaziz Abu Musab, Al Shabaab’s military operation spokesman.

The latest capture of the village adds to a dozen other villages the militant group has wrested control following the withdrawal of Somali and AMISOM forces. While al Shabaab has been dealt blows by SNA, AMISOM and US troops in the past, in recent weeks the group has appeared stronger, revitalized and even more agile and daring with its attacks. Al Shabaab has gradually strengthened and is unafraid to show its stealth by attacking heavily fortified targets a move that begs the question of SNA’s capability to handle national security ahead of the AU pull-out.