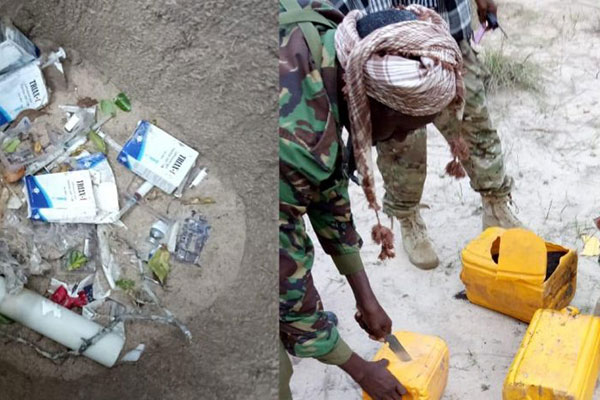 Police have destroyed an improvised explosive devices (IEDs) assembly site believed to be that of Al-Shabaab at Gaame, Ijaara area in Garissa County.

According to intelligence reports, the camp is said to have also served as a health service centre for the Somalia-based terrorist group.

“Weapons, explosives, electronics, large amounts of black explosive powder, foodstuffs and medicine were recovered from the scene,” an intelligence brief seen by the Nation reads.

Among the medicine found at the camp on Wednesday was ceftriaxone, sold under the trade name Rocephin, which is an antibiotic used to treat bacterial infections.

The Shabaab militants plant explosives on roads and stage attacks including kidnapping on targets in the border regions of Mandera, Wajir and Garissa where it has killed police officers and soldiers with home-made bombs.