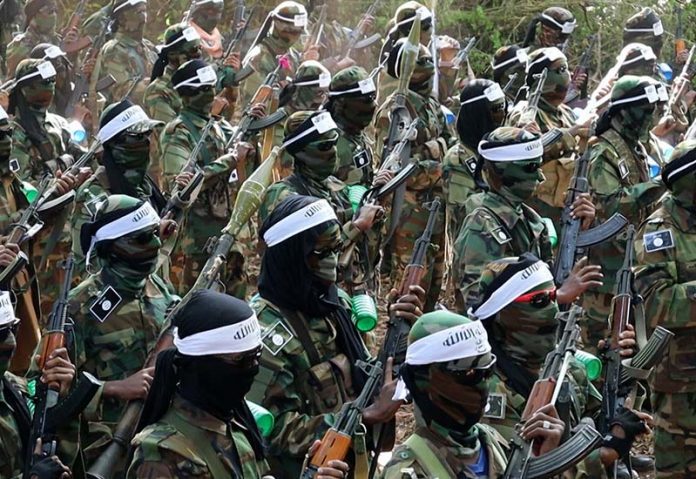 Al-Qaeda-linked militant group Al-Shabaab said on Wednesday its fighters had taken control of the towns of Yed and Ato along Somalia’s border with Ethiopia after heavy fighting with Ethiopian paramilitary forces.

Insurgents attacked military camps housing Liyu Police, a controversial paramilitary force established by the Ethiopian Somali region as counter-terrorism force, where heavy fighting broke out. Both Yed and Ato are in the frontier Somali region of Bakol. A separate mortar assault targeted the nearby town of Washaqo.

After deadly clashes, militants managed to enter the two towns and forced Liyu Police forces to retreat to the Ethiopian border, according to activists, who say that fighting spread to villages on the Ethiopian side of the border where residents have fled their homes.

At least 180 Liyu Police paramilitary forces were killed in the fighting and vehicles racing with reinforcements were ambushed, Amiin Qamus, a journalist covering stories from the Ethiopian Somali region said, adding that a senior commander in charge of border areas was among the dead.

Al-Shabaab said via its Andalus Radio that it had killed scores of soldiers and seized weapons during the attack, adding that it was still assessing the exact casualties inflicted by the raids.

Ethiopian government, which has thousands of troops across a number of regions in Somalia, has not yet commented on the fighting, the first of its kind to close in on its porous border with Somalia in recent years.

The assaults came after Somali Prime Minister Hamza Abdi Barre said on Wednesday his government would launch “forceful and comprehensive” fight against Al-Shabaab to reopen key supply routes and “counter the transnational threat of terrorism”.