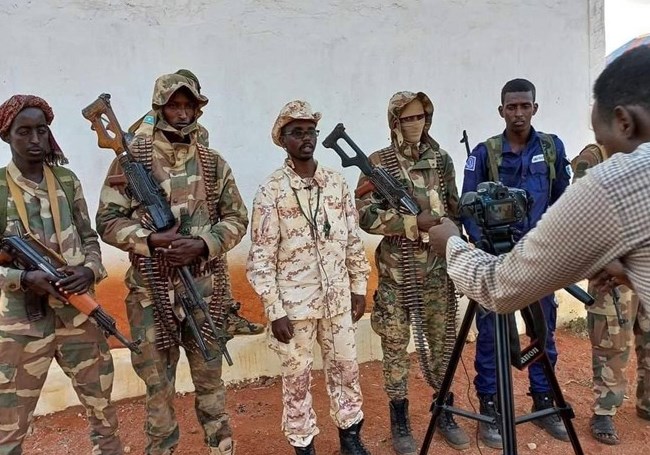 Ahlu Sunna Waljama’as militias took control of the town of Guriel in central Somalia on Friday, hours after gov’t troops had withdrawn amid fears raised the Sufi group may sweep back to power in the restive region.

militants took control government building in the town and returned to cheering crowds at Guriel’s streets.

It came a day after the group took the village of Bolol in a fierce gun fight with troops loyal to the Federal government and Galmudug state.

The clashes which subsided on Thursday evening, left at least 12 people dead and more than 20 others wounded.

The group’s fighters seized a number of military vehicles in the gun battle and drove gov’t troops out of small village after a ferocious battle that lasted for hours.

Calm returned to the village on Friday , but there were military movements made by the warring sides and residents raised fears that the fighting may again break out in the area.

There were reports that Sufi fighters also entered the town of Mataban in Hiran region, shortly after retaking Guriel.